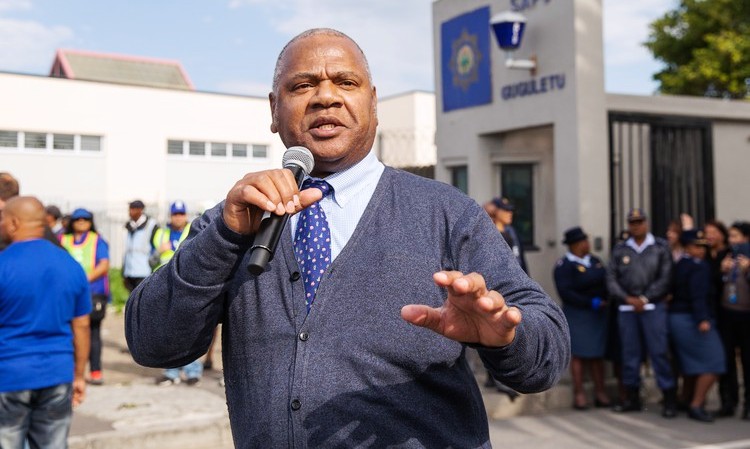 Cape Town mayor Dan Plato says he has seen footage showing that Bulelani Qholani, the man who was dragged out of a shack naked during an eviction by the city in Khayelitsha, was clothed moments before the incident.

Plato was speaking to eNCA on Thursday night concerning the eviction of people from a number of shacks in Khayelitsha on Wednesday.

The city found itself in hot water as scores of South Africans reacted to the evictions - particularly the viral video of Qholani, who was removed from his shack while naked.

Asked whether the eviction was how the city treated poor people, Plato said he was of the opinion that to some extent the event was staged.

“I think it was to some extent deliberately done to put the city of Cape Town in a very bad light,” he said

[ON AIR] The man who was thrown out of his home while naked in Khayelitsha is calling on President Cyril Ramaphosa to intervene. Cape Town Mayor, Dan Plato gives us his reaction to this story. #DStv403 pic.twitter.com/VNBMZIaTWI

When asked whether he was suggesting Qholani was doing this to make the city look bad, Plato said “absolutely”.

The mayor said it was common cause that in many of the raids where structures needed to be demolished, people stood in front of the structures naked.

When asked where Qholani was on Thursday night, Plato said he did not know where he was. “Maybe with friends, maybe at his other house. My thinking is that this structure was not his structure.”

'Only justice can restore my dignity': Khayelitsha man dragged naked from shack opens case against city

The Khayelitsha man who was seen on video being dragged naked out of a shack during an eviction says only justice will restore his dignity.
News
11 months ago

Plato said he did not condone that Qholani was naked and was dragged out of his shack without an attempt to clothe him.

However, he said Qholani had his clothes on moments before the officers moved into the shack.

The city had recordings of what had transpired and it showed Qholani's movements, he said.

“The person was initially not in the structure [that was demolished]. He was standing at the previous structure. [Footage shows] he moved into that structure and the officers moved in. When they moved into the structure, he did not have clothes on.”

Plato said a full-scale investigation was under way to establish what had occurred, step by step.

'He has been stripped of his dignity': SAHRC condemns Cape Town eviction

Law centre calls for directive to halt evictions during lockdown

A public interest law centre has called on human settlements minister Lindiwe Sisulu to issue a directive to stop the demolition of homes by all ...
News
11 months ago

The City of Cape Town on Thursday morning said that the four law enforcement officers who were involved in the eviction of a naked man in ...
News
11 months ago