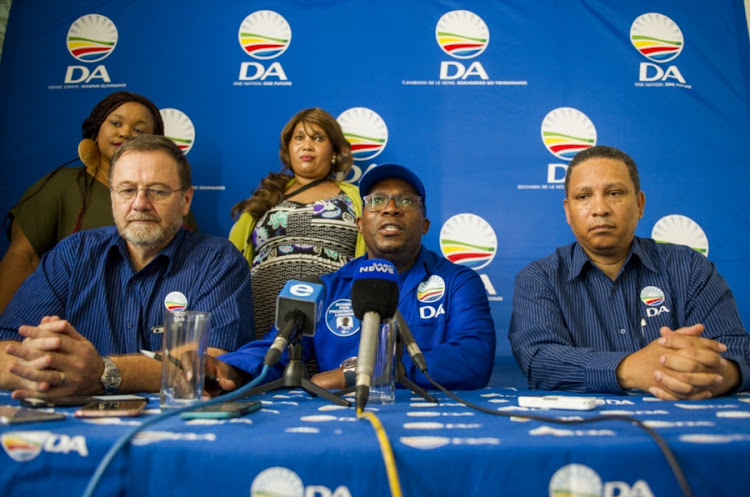 The ANC in the Western Cape has accused the DA of racism and attempting to "capture" the Hawks in the province following the leaking of audio recordings related to investigations into the George municipality.

At a press conference on Tuesday, Dugmore accused the DA of targeting former mayor Melvin Naik and current municipal manager Trevor Botha at the direction of Bredell.

Dugmore also complained that other officials were not investigated, including former CFO Keith Jordaan, who was entangled in the facilitation of an investment of municipal funds with Old Mutual.

He said a former mayoral committee member, whose family allegedly benefited in the questionable Old Mutual investment, was also not investigated by the Hawks.

“It has become clear that the DA's actions are not only selective and driven by internal factional battles, but they are clearly racist,” said Dugmore.

Communications minister Stella Ndabeni-Abrahams has 99 problems, and entertaining DA MP Phumzile van Damme on Twitter is probably the least of them, ...
Politics
10 months ago

He further accused Bredell and the then DA chairperson of the federal council, James Selfe, of trying to intervene in the municipality to have current mayor Leo van Wyk appointed as director of corporate services in George municipality when there was a recommendation for a qualified black candidate to get the position.

“This is clear evidence of how the DA favours white councillors and employees over coloured and black individuals,” said Dugmore.

Dugmore has already lodged a complaint with the public protector against Bredell owing to his role in George, and as a result of a secret recording in which he appears to be advising councillors in the Oudtshoorn municipality to apply to him for the municipality to be placed under administration.

The ANC leader said he was due to meet with the office of the public protector over his initial complaint and would present the latest evidence.

Dugmore said he would further submit a dossier to police minister Bheki Cele and the National Prosecuting Authority.

He has also called for Western Cape premier Alan Winde to suspend Bredell.

'DA's move to stop SAA funding a waste of the court's time': Mboweni

A Twitter spat between finance minister Tito Mboweni and the DA shadow minister of finance, Geordin Hill-Lewis, has escalated after the opposition ...
News
10 months ago

In a statement, Bredell said he rejected with contempt the allegations against him.

“I categorically deny I am in control of the Hawks and public protector in the province. Those are independent national government led institutions that we respect.

"My record in local government speaks for itself. Thirteen clean audits and 27 unqualified audits out of 30 councils in the Western Cape is something I am proud of. In addition, both my provincial departments have clean audits," said Bredell.

He said he stood by his and his department's actions, which he said were about improving the life of every Western Cape citizen.