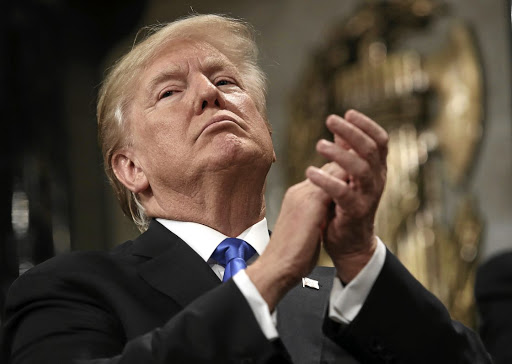 The White House Gift Shop, which is not affiliated to the White House, has started taking pre-orders for a “President Donald J. Trump Defeats Covid” commemorative coin.

Last in a series of coins marking moments in Trump's first presidential term, the coin celebrates his “ascendance over and personal defeat of the deadly Covid pandemic virus”, the gift shop website said.

The coin was priced at $100. There was no photograph of the coin on the website.

‘Don’t be afraid’ of Covid, Trump says as he returns to the White House

US president Donald Trump told Americans "to get out there" and not fear Covid-19 as he returned to the White House on Monday after a three-night ...
News
1 year ago

The design of the coin was informed by superhero graphic art, Anthony Giannini, the creator of the series and CEO of the gift shop, said in a statement on the webpage.

“Like it or not, President Donald J. Trump is strong to a mythic level,” his statement reads, and goes on to say the design of the coin has been intentionally concealed until its release.

Trump told Americans “to get out there” and not fear Covid-19 as he returned to the White House on Monday, after a three-night hospital stay to be treated for the virus, and removed his white surgical mask to pose for pictures.

The Republican president, running for re-election against Democrat Joe Biden in the November 3 US election, was admitted to the Walter Reed Medical Center on Friday after being diagnosed with the disease caused by the novel coronavirus.

The White House Gift Shop also produced a commemorative coin ahead of the summit between Trump and North Korean leader Kim Jong Un in Singapore in 2018.