Corruption in SA was not born in 2012, says Duduzane Zuma 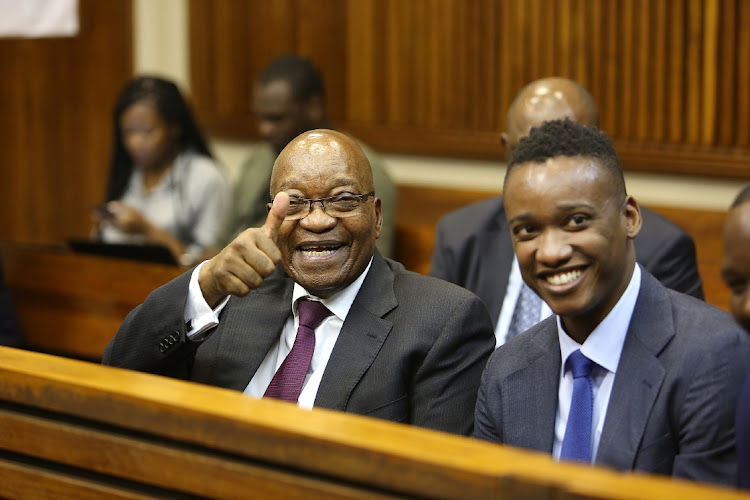 Former president Jacob Zuma’s son, Duduzane, on Thursday said he agreed with his father that the state capture commission, led by deputy chief justice Raymond Zondo, has been politicised.

Duduzane believed the commission was failing to get into the “nitty-gritty” of corruption and added that in his view, it did not follow due process.

He said this in a sit-down interview with Newzroom Afrika.

“If you are going to deal with fraud, corruption and bribery, it needs to be wide-ranging and deal with it across the board,” Duduzane said, adding that this commission was ignoring corruption that was happening in other parts of government and private entities.

My dad feels like he's being treated unconstitutionally: Duduzane Zuma

Duduzane Zuma has come to the defence of his father, former president Jacob Zuma, amid growing calls for him to appear again before the state capture ...
News
1 year ago

He suggested that the commission was focusing on the era when his father was president.

“Corruption in this country was not born in 2012,” Duduzane said, adding that the commission's terms of reference suggested it was focusing solely on this time period.

He said if Zondo could simply look back to the dealings of government from even just a year ago, he could possibly uncover unscrupulous activity too.

Asked to clarify who had received leniency from Zondo, Duduzane said he was “more lenient on the people who have made the allegations, without having necessarily checked the veracity of the allegations”.

Duduzane stood by his stance of not applying to cross-examine any of the people who have made damning allegations against him on his role in state capture. One of these people include former deputy finance minister Mcebisi Jonas, who alleged that Zuma junior orchestrated meetings between himself and the controversial Gupta family.

“I have made my responses. What more can I talk of? I was arrested for one of the allegations and that case was withdrawn and that is due process,” he said.

Duduzane Zuma: 'I'm not on social media, so comments should not be attributed to me'

“The law has proved there was nothing untoward,” said Duduzane, adding that while it was unfortunate that his name had been tarnished, he could not go around trying to clear this up.

Jacob Zuma wants Zondo to recuse himself from the commission. He has accused Zondo of having “adopted a biased disposition towards him and cannot bring an impartial mind to the issues and evidence that relate to him”.

In a letter to Zondo, Zuma’s lawyers said: “Former president Zuma’s conclusion that the chairperson is no longer capable of exercising an independent and impartial mind is fortified by what he views as the unwarranted public statements made by the chairperson” at a media briefing.

“The source of the chairperson’s bias against him stems from the fact that the former president and the chairperson have historical personal, family, and professional relations that ought to have been publicly disclosed by the chairperson before accepting his appointment.”

Duduzane, however, said he was unsure whether Zondo had any ties to his family.

“The first time I met judge Zondo was when he put me [in] the hot seat,” he said.