Biden reassures US allies in calls with leaders of Japan, South Korea, Australia 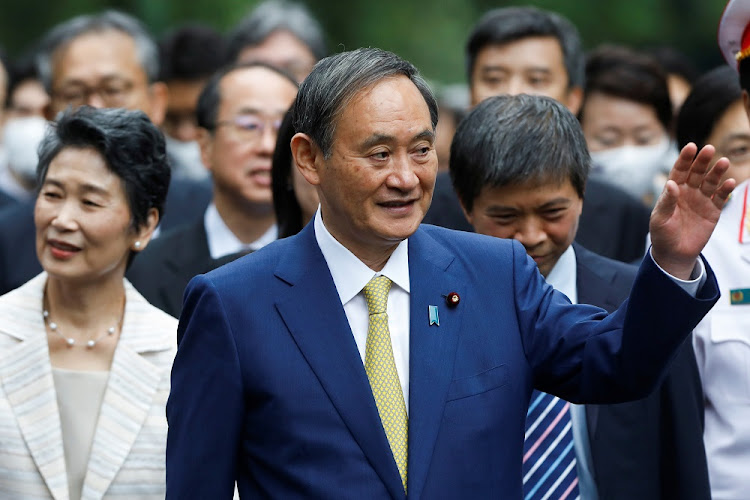 In their first calls with Joe Biden since the US election, the leaders of Japan, South Korea and Australia on Thursday reaffirmed plans to form close ties with the president-elect to tackle issues including climate change and regional security.

Biden's projected win comes against a backdrop of China's growing military and economic assertiveness in the region, and after years of sometimes tumultuous relations between Asian allies and the United States under Trump over issues including trade, defence and the environment.

All sides expressed their determination to strengthen bilateral ties as well as tackle global issues such as the coronavirus pandemic and climate change, Biden's office said.

Japan's Suga said he spoke with Biden by telephone and confirmed the importance of bilateral ties.

“President-elect Biden said that he looks forward to strengthening the US-Japan alliance and working together on achieving a free and open Indo-Pacific,” Suga said to reporters, in separate comments made at the Prime Minister's Office.

Many world leaders including United Kingdom, France and Germany as well as others have already congratulated Biden for his win, while China and Russia have so far held off.

Biden on Wednesday named Ron Klain as his White House chief of staff, his first major appointment as he builds his administration. Anthony Blinken, a diplomat and longtime confidant of Biden is seen as a likely pick for Secretary of State or National Security Adviser, both key roles for Asian allies.

Speaking to South Korea's Moon, Biden reaffirmed the US commitment to defend South Korea, highlighting the Asian ally as a “lynchpin of the security and prosperity of the Indo-Pacific region,” Moon's spokesperson Kang Min-seok said.

“President Moon asked for close co-operation for the forward-looking development of the bilateral alliance, and the denuclearisation and peace on the Korean peninsula,” Kang told a briefing. “President-elect Biden said he would closely co-operate to resolve the North Korean nuclear issue.”

Trump and North Korean leader Kim Jong Un vowed to work towards denuclearisation at their unprecedented summit in 2018, but little progress has been made since their second summit and working-level talks collapsed last year.

While Biden has said he would not meet with Kim without preconditions, he has also said he would embrace “principled diplomacy” with North Korea.

South Korean officials are also hopeful that Biden will quickly resolve a drawn-out, multi-billion dollar dispute with Washington over the cost of thousands of US troops on the peninsula.

President-elect Joe Biden plans further meetings on Wednesday to lay the groundwork for his new administration while President Donald Trump pursues a ...
News
7 months ago

Tackling the global coronavirus pandemic and climate change were key themes in Biden's calls with all three leaders, readouts from Biden's office showed.

Australia's Morrison said he spoke with Biden about emission reduction technology, though a target for zero net emissions by 2050 was not discussed.

“I raised with the president-elect the similarity between the president-elect's comments and policies regarding emissions reduction technologies that we needed to achieve that, and we look forward to working on those issues,” Morrison told reporters in Canberra.

Both Moon and Suga said they agreed to arrange summits with the new president shortly after his inauguration in January.

Biden will also face the challenge of managing unresolved political and economic disputes between South Korea and Japan, which have threatened a military intelligence-sharing arrangement and complicated US efforts to counter China.