Michigan is set to certify its results on Monday, and Pennsylvania is likely to move a step closer to doing so 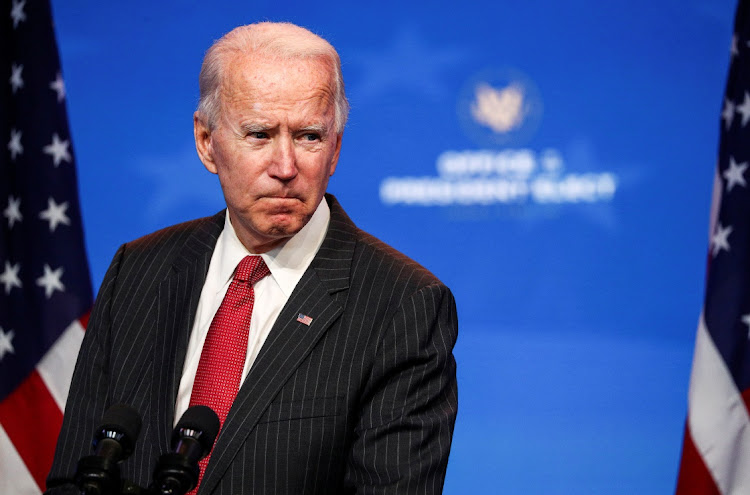 US President Donald Trump’s increasingly tenuous efforts to reverse his election loss to president-elect Joe Biden could be dealt a lethal blow on Monday, as Biden turns to the task of building his cabinet.

Michigan is set to certify its results on Monday, and Pennsylvania is likely to move a step closer to doing so.

Trump, a Republican, lost both battleground states in the November 3 election, but he has refused to concede defeat and has, instead, launched a legal battle to overturn the results there and in other close races across the country.

Trump’s hopes of preventing the Democrat Biden from taking office on January 20 likely will be doomed if Michigan and Pennsylvania certify their results, confirming Biden as the winner of a combined 36 electoral votes. Biden won 306 electoral votes, 36 over the 270 threshold needed to win the White House.

It remains unclear whether the process in Michigan will work as state law dictates. Michigan’s canvassing board, which is evenly split between two Democrats and two Republicans, will meet on Monday to decide whether to certify the results.

Biden defeated Trump in Michigan by more than 150,000 votes, and the board is required by law to validate the count.

But a Republican member of the board, Norman Shinkle, has suggested in recent media interviews that he favours delaying certification because of technical irregularities. Officials in one county noted irregularities that may have affected a few hundred votes, and the Trump campaign has suggested that points to widespread fraud.

A deadlock on moving ahead with certification would likely force the matter into state appeals courts, where an order would be sought to compel the board to perform its function. If the members refused, Governor Gretchen Whitmer, a Democrat, has the authority to replace them.

Joe Biden on Saturday reached the two-week mark since becoming president-elect, with President Donald Trump stinging from back-to-back setbacks in ...
Politics
11 months ago

Monday is also the deadline in Pennsylvania for counties to report their certified tallies to secretary of state Kathy Boockvar, a Democrat. Boockvar is then likely to certify the results on behalf of the state in a matter of days. Biden won Pennsylvania by more than 80,000 votes.

Trump’s push to delay certification in several states has met with failure, most recently on Saturday, when a federal judge in Pennsylvania dismissed a Trump campaign lawsuit, saying it was not in the court’s power to violate the constitution.

Biden, working in his home state of Delaware, has pushed ahead with his transition plans despite the lack of co-operation from the current administration. Ron Klain, the incoming White House chief of state, said on Sunday that Biden will announce his first cabinet picks on Tuesday.

Joe Biden will pick Antony Blinken as US secretary of state, a person close to the president-elect’s transition said on Sunday, elevating one of his most seasoned and trusted aides as he prepares to undo Trump’s “America First” foreign policy.

Blinken’s appointment makes another longtime Biden aide with a foreign policy background, Jake Sullivan, the top candidate to be US national security adviser.

The president-elect has chosen another veteran diplomat, Linda Thomas-Greenfield, who held a top diplomatic post in the administration of former President Barack Obama, as US ambassador to the UN, media reports read on Sunday.

Biden said last week he had chosen a Treasury secretary, and would announce the winner near Thanksgiving, on November 26. Former Federal Reserve chief Janet Yellen is said to be the top candidate.

Meanwhile, Trump’s focus remains on his quixotic quest to overturn the election.

Ahead of Monday’s vote by Michigan’s canvassing board, Republican national committee chair Ronna McDaniel, a Trump ally, and Michigan Republican Party chair Laura Cox wrote a letter urging the board to conduct an audit before certification.

Trump’s campaign has also filed a petition for another recount in Georgia, which on Friday certified results showing Biden had narrowly won that state, a longtime Republican bastion in presidential elections.

After a scathing court setback in Pennsylvania, President Donald Trump faces increased pressure from his fellow Republicans to drop his effort to ...
Politics
10 months ago

While most Republicans continue to either publicly back Trump’s efforts or remain silent, a steadily growing chorus is imploring him to concede the election and assist with the transition to Biden’s administration.

Republican Senator Lisa Murkowski tweeted on Sunday that “it is time to begin the full and formal transition process”, noting the courts had so far found Trump’s legal claims without merit and that the pressure campaign on state legislators “is not only unprecedented but inconsistent with our democratic process”.

Electors in each state will convene as a so-called “Electoral College” on December 14 to formally select the next president.