‘Another reminder of the opportunism’: Hanekom shades Malema 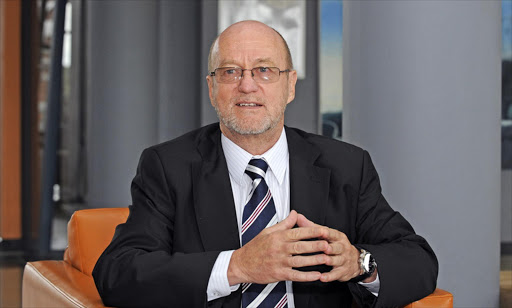 In a social media post on Tuesday, Hanekom threw shade at Malema, sharing a video of him previously bashing former president Jacob Zuma.

The jab comes after the EFF leader met with his one-time nemesis over tea in Nkandla, KwaZulu-Natal last week.

Malema and Zuma met on Friday over “nice, sweet and very hot” tea that has had the country speculating about what the two might have talked about.

In the video from an interview on News24, Malema questioned Zuma's intelligence.

“Zuma is not smart. There is nothing unique that comes out of  Zuma's mouth," Malema is heard saying in the video.

“Just another reminder of the opportunism,” said Hanekom.

Just another reminder of the opportunism pic.twitter.com/BcXqygtLtl

At the time of writing, neither Malema nor the EFF had responded to Hanekom’s jab.

This is not the first time Hanekom has weighed in on the meeting between Malema and Zuma.

Ahead of the tea date, Hanekom expressed disbelief that Zuma had invited Malema to his home. Malema dismissed Hanekom, saying his discussion with Zuma would be “a meeting of black people”.

Is a meeting of black people, if you don't mind,

Zuma called Hanekom a “known enemy agent” in a now-deleted tweet in 2019.

Zuma apologised for the defamatory tweet after the Constitutional Court dismissed, with costs, his bid to overturn a ruling by the Durban high court ordering him to delete the remark and apologise on his Twitter account.

Hanekom accepted the apology, but his lawyer Pooja Dela-Cron told eNCA the matter was far from over.

She said a payment of R500,000 for damages was the “final leg in terms of the remedy for the defamation”.