Democrats face long odds to secure a conviction, which could lead to a vote barring Trump from seeking public office again 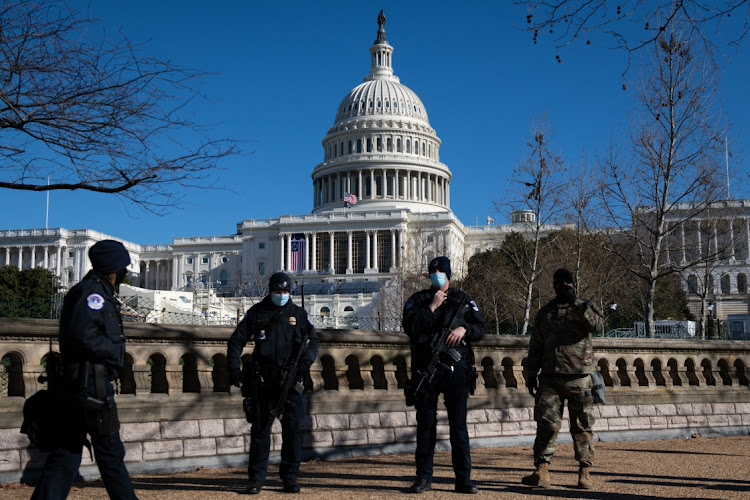 Democrats on Wednesday argued Donald Trump planted the seeds for the deadly attack on the US Capitol long before January 6 with false claims the election was stolen, and said legislators had an obligation to hold the former president accountable.

The House of Representatives has charged Trump, a Republican, with inciting an insurrection by exhorting thousands of supporters to march on the Capitol on the day Congress was gathered to certify Democrat Joe Biden's electoral victory.

The rioters stormed the building, sending legislators into hiding and leaving five people dead, including a police officer.

Former US President Donald Trump abruptly parted ways on Saturday with the two lead lawyers working on his defense for his Senate impeachment trial, ...
News
1 year ago

The nine Democratic House managers prosecuting the case for impeachment, an uphill task in an narrowly divided Senate, said on Wednesday the incitement started long before January 6.

“Trump realised last spring that he could lose the November election and began planting seeds of anger among his supporters by saying he could lose only if it was stolen,” said Representative Joseph Neguse.

“If we are to protect our republic and prevent something like this from ever happening again, he must be convicted.”

The Democratic managers said Trump threatened a hallmark of American democracy, the peaceful transfer of power.

“This case is not about blaming an innocent bystander for the horrific violence and harm that took place on January 6,” Representative Jamie Raskin said as he opened the proceedings. “This is about holding accountable the person singularly responsible for inciting the attack.”

OPINION | Impeachment of Trump a warning for other politicians

The world watched with dismay on the night of January 7 as overzealous supporters of US President Donald Trump, driven by fantasy and false hopes ...
News
1 year ago

Democrats face long odds to secure a conviction, which could lead to a vote barring Trump from seeking public office again. A two-thirds majority in the Senate must vote to convict, which means at least 17 Republicans would have to defy Trump's still-potent popularity among Republican voters.

On Tuesday, the Senate voted that the trial could move ahead even though Trump's term ended on Jan. 20. Six out of 50 Republican senators broke with their caucus to side with Democrats.

The impeachment is not the only probe into Trump's behaviour. Prosecutors in one Georgia county are investigating Trump's attempts to overturn the state's election results, according to a letter seen by Reuters.

On Monday, the office of Georgia's Republican secretary of state Brad Raffensperger opened its own probe into a call made by Trump on January 2 pressuring him to “find” more votes.

Majority of House votes to impeach Trump after US Capitol siege

A majority of the House of Representatives voted on Wednesday to make Donald Trump the first US president ever to be impeached twice.
News
1 year ago

“This investigation includes, but is not limited to, potential violations of Georgia law prohibiting the solicitation of election fraud, the making of false statements to state and local government bodies, conspiracy, racketeering, violation of oath of office and any involvement in violence or threats related to the election’s administration,” Fulton county district attorney Fani Willis said in letters  dated February 10.

Trump's lawyers argue that the former president's rhetoric is protected by the First Amendment's guarantee of free speech and that the individuals who breached the Capitol, not Trump, were responsible for their own criminal behaviour. They also say the trial is only aimed at ending Trump's political career.

“We are really here because the majority in the House of Representatives does not want to face Donald Trump as a political rival in the future,” Bruce Castor, one of Trump's lawyers, told senators on Tuesday.

Castor failed to impress on the first day of the  impeachment trial, reportedly prompting Trump to shout at his television.

Party leaders have agreed on a fast-moving schedule that could lead to a vote on conviction or acquittal by early next week. It was still not clear whether either side would present witnesses.

US House of Representatives begins debating impeachment of Trump

The US House of Representatives on Wednesday began debating legislation to impeach President Donald Trump for the second time of his presidency.
News
1 year ago

Democratic Senator Richard Durbin told CNN on Wednesday: “We have plenty of witnesses. We have 100 witnesses sitting in the chairs and the senators.”

Some Democrats had expressed concern that a prolonged trial could delay progress on Biden's agenda, including a proposed $1.9-trillion coronavirus relief package.

Biden was not planning to watch the trial, the White House said, and spent Tuesday meeting business leaders in the Oval Office. Asked about the proceedings, the president said he was focused on his own job.

“The Senate has their job; they're about to begin it. I'm sure they're going to conduct themselves well,” he said.

Trump is the first US president to be impeached twice. His first impeachment trial, which stemmed from his efforts to pressure Ukraine to investigate Biden, ended in an acquittal a year ago in what was then a Republican-controlled Senate.

US President Donald Trump notified Congress on Friday that he is firing the inspector general of the US intelligence community who was involved in ...
News
2 years ago

No US president has ever been removed from office via impeachment. Bill Clinton was impeached in 1998 and Andrew Johnson in 1868 but they also were acquitted. Richard Nixon resigned in 1974 rather than face impeachment over the Watergate scandal.