'The danger of secrecy': EFF lawyers argue that CR17 campaign funds must be public

When information that was supposed to be public was kept confidential there was a danger that politicians would use public office to further the agendas of benefactors, the EFF's legal counsel said on Tuesday 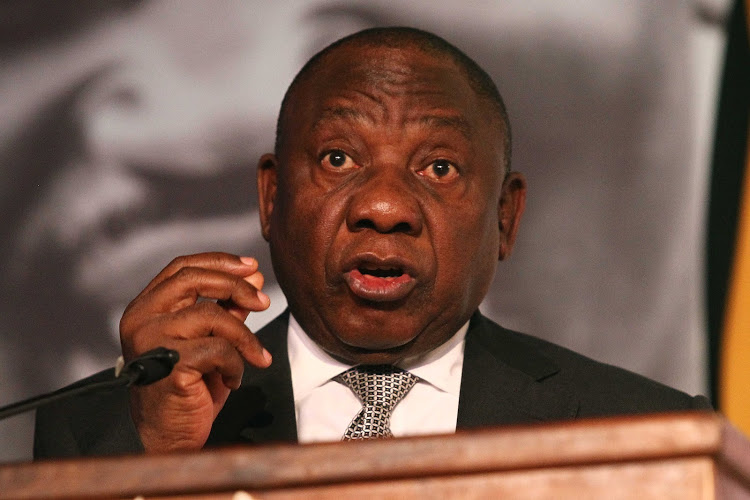 The Economic Freedom Fighters (EFF) was not submitting or insinuating that there was anything “untoward” in the donations made to the CR17 campaign, its counsel said in court on Tuesday.

But, its counsel added, when information that was supposed to be public was kept confidential, there was a danger that politicians would use public office to further the agendas of benefactors.

“That is the danger of secrecy,” said Ishmael Semenya SC.

The EFF wants the Pretoria high court to unseal the banking records of the CR17 campaign that were put before the court during Ramaphosa’s and public protector Busisiwe Mkhwebane’s court battle over her infamous Bosasa report, which found, among other things, that Ramaphosa had a duty to disclose to parliament who the donors were to the CR17 campaign.

During her investigation, Mkhwebane obtained from the Financial Intelligence Centre (FIC) many months’ bank statements, and when Ramaphosa went to court to review and set aside the report Mkhwebane put the record before the court, which would normally make them public documents.

However, the bank statements were sealed from the public by deputy judge president Aubrey Ledwaba at the request of Ramaphosa’s lawyers, with a proviso that should there be any objection to this it could be dealt with when the case was heard. There was no objection at the time, including by the EFF, which joined as a party to the case.

In court on Tuesday, Semenya said that the EFF’s case was based on its constitutional right in section 19 of the constitution — to campaign for a political party or cause. The party was entitled to advance a political campaign which was to deal with corruption, he said.

Semenya argued that, while Ramaphosa’s campaign team had argued that the CR17 campaign was for a private, internal ANC election, “by the extension of the law and the constitution” the inevitable consequence was that it would lead to Ramaphosa being elected president of the country.

WATCH LIVE | Julius Malema and Mbuyiseni Ndlozi back in court

EFF leader Julius Malema and MP Mbuyiseni Ndlozi are back at the Randburg magistrate’s court on Tuesday morning.
News
2 months ago

Ramaphosa knew this and had admitted as much during his interview with Mkhwebane, Semenya argued.

He quoted from the transcript of the interview where after Ramaphosa distinguished between ANC elections and elections for the republic, Mkhwebane said: “But we don’t separate you from the republic” to which — Semenya said — Ramaphosa had replied, “Yes”.

Semenya also argued that it was “curious” that the Financial Intelligence Centre had come to court to argue that the documents it had given to Mkhwebane were still confidential under the FIC Act. The Act required the FIC to give the bank statements to the public protector and once this had been done, that was the end of its role, he said.

Semenya’s junior Kameel Premhid added that Mkhwebane had a duty under the uniform rules of court to put these documents before the court and this was a complete answer to the FIC’s claim of confidentiality over the documents.

'We are all confused,' Malema's lawyer tells court as he grills cop who first investigated assault claim

A retired police officer who initially investigated the common assault case against EFF leader Julius Malema and MP Mbuyiseni Ndlozi was grilled on ...
News
2 months ago

Premhid said that the way the documents came to be sealed had been at the request of the president’s lawyers during the case management process, but they had never made a “positive case” in open court justifying it. The only justification had come from the CR17 campaign, which had said that it had given confidentiality undertakings to its donors.

However, the campaign had not brought any evidence apart from its mere say-so to show that this was so, nor did these undertakings necessarily apply to the other parties on the CR17 side and their bank accounts such as the Ria Thenda trust, he said.

In any event, the campaign’s privacy concerns could not weigh more strongly with the court than the principle of open justice and the rights argued for by the EFF, he said.

Arguments on behalf of the FIC and the CR17 campaign were expected after the lunch adjournment.