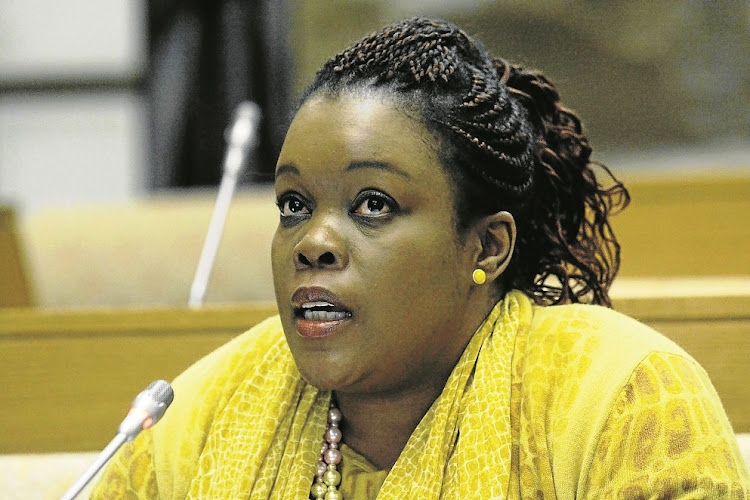 The boss of the estate agency regulator has been dealt an early blow in her fight to extract R1.5m in defamation damages from a DA MP.

Mamodupi Mohlala-Mulaudzi has been given 10 days to hand over documents requested by Emma Powell.

If she does not comply with Judge Derek Wille's order in the Cape Town high court, Powell will be able to apply for the dismissal of Mohlala-Mulaudzi's claim.

The papers the CEO of the Estate Agency Affairs Board (EAAB) must hand to Powell include board minutes, payslips, complaints made about her and court papers in another defamation action she has brought against board member Eugenia Kula-Ameyaw. 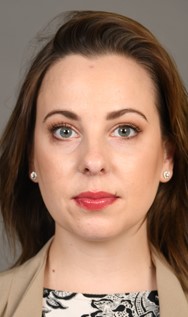 Mohlala-Mulaudzi is suing Powell over a tweet in December 2019 which said: “Today, a meeting between EAAB management and Nehawu shop stewards was terminated when increasingly rogue CEO Mohlala-Mulaudzi’s husband/partner allegedly walked onto state-entity’s premises and produced a firearm.”

In her responding papers, Powell admitted posting the tweet but denied it was defamatory, adding that it was in the public interest, true and fair.

Powell said Mohlala-Mulaudzi's tenure at the EAAB had been beset by controversy, discord and mismanagement.

It had been reported that at the same time as she was a paid government employee at the helm of the EAAB, she was unlawfully receiving a second government salary in the form of board fees from the SABC.

Powell said EAAB staff had formally accused Mohlala-Mulaudzi of bullying and arbitrarily cutting their benefits, and board member Eugenia Kula-Ameyaw had written to human settlements minister Lindiwe Sisulu complaining about alleged governance violations by the CEO.

SABC executives had threatened to quit over Mohlala-Mulaudzi's alleged demand for an interview on a flagship news programme, said Powell.

In his judgment, Wille said Mohlala-Mulaudzi argued that board minutes were irrelevant but Powell responded that they would paint a picture of the CEO's conduct and “whether she was truthfully and fairly described in the tweet”.

The judge added: “In my view, the requested board minutes are certainly most likely to contain information relevant to any allegations of misconduct and mismanagement which had surfaced against [Mohlala-Mulaudzi]. Thus, these are very relevant to the defences raised by [Powell].”

Nearly R85,000 was paid to 241 state employees in May last year after they were approved for the Covid-19 special relief grant, the social ...
News
3 weeks ago

Mohlala-Mulaudzi told Wille the written complaints against her and salary slips were also irrelevant to Powell's defence, but the judge disagreed.

“The enquiry is whether the tweet is true or fair comment taking into account the context of the tweet, together with the factual position that the plaintiff was the CEO of the EAAB,” he said.

“In relation to the defence of truth, all that matters is whether the tweet was objectively substantially true and published to the benefit of the public.

“If the two requirements are met, the defence is established, and the publication is not wrongful.”