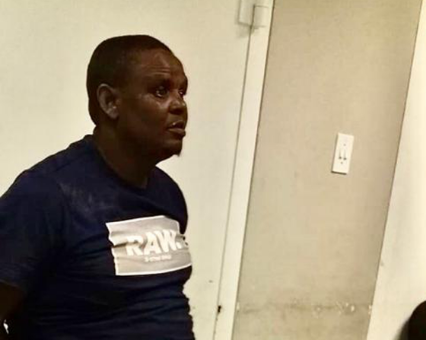 After his arrest in April, Madoda Papiyana appeared in court and later his case was provisionally withdrawn pending further investigation, according to NPA regional spokesperson Luxolo Tyali.

Provincial police spokesperson Colonel Sibongile Soci confirmed there had been an arrest.

“Police can confirm that a 38-year-old suspect was among the 94 arrested for drunken driving on Saturday night at about 8pm and paid bail of R500,” said Soci.

He will again appear in the Queenstown magistrate's court on October 22 .

Chris Hani region treasurer Madoda Papiyana, who doubles as the district council's chief whip, resigned on Saturday afternoon - hours after he was ...
News
1 year ago

An ANC councillor in the Enoch Mgijima Local council, who asked to remain anonymous, said Papiyana was reinstated as Chris Hani District council's ANC chief whip. This after he withdrew his resignation letter from the position after his arrest last year.

“He then requested three-months leave to deal with his court case,” the councillor said.

Last week, he was reinstated as by the council as chief whip.

“This kind of behaviour has brought the ANC into disrepute,” the councillor said.

“I am still waiting for the provincial leadership of the party to tell us what action has been taken against him. I am very disappointed and I'm not the only one who feels strongly that he should not be occupying this position.”

Contacted for comment, Papiyana confirmed that he was pulled over by traffic officers who might have suspected that he was under the influence.

Papiyana said the officers instructed him to follow them to the police station where a blood sample was taken. He claimed that he was allowed to leave and denied that he was released on bail, contradicting what the provincial police had told DispatchLIVE.