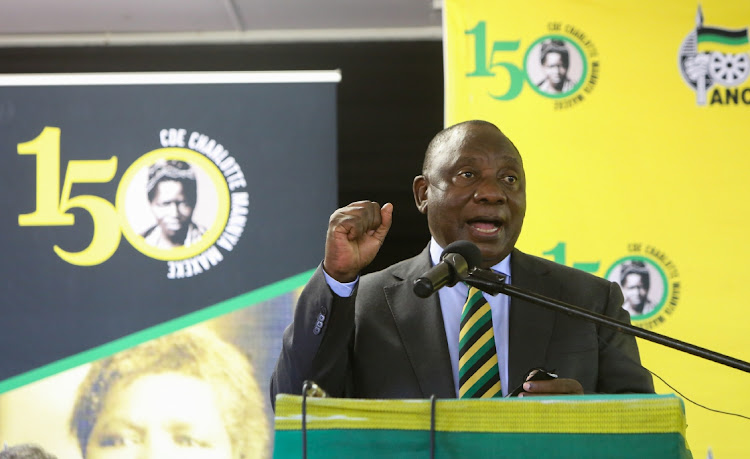 This is according to ANC president Cyril Ramaphosa while delivering the Charlotte Maxeke memorial lecture at the University of Fort Hare in Alice on Wednesday.

Maxeke was born 150 years ago.

In what could be seen as him taking aim at embattled ANC secretary-general Ace Magashule, who has been a subject of the step-aside resolution, Ramaphosa said had Maxeke been in the same position she would have toed the party line.

He said Maxeke would also have denounced corruption.

“She would’ve said no to corruption as it will kill the organisation and kill the people’s appetite towards the ANC.

“If she were alive, she would not have rejected the decisions of the NEC.

“She would have abided by the NEC's decisions because she wasn’t ill-disciplined,” Ramaphosa said.

‘Ace was with us during dark times’: ANCWL wants prayers for Magashule

The NEC of the ANC Women’s League made an impassioned plea on Wednesday to pastors in the African Methodist Episcopal Church to pray for the party’s ...
Politics
1 week ago

Magashule is one of the ANC members who have been given 30 days by the NEC to step aside or face being suspended.

Magashule is on record saying he would first consult party stalwarts like former president Jacob Zuma before deciding whether to step aside.

Ramaphosa said that while preparing his speech he had thought long and hard about the kind of activist Maxeke was, adding that Maxeke was never ill-disciplined.

“She would have refused to be a member or participant of any faction that would’ve come about within the organisation.

“She would have said the only faction she’s interested in is the ANC only,” Ramaphosa said.

ANC Eastern Cape regional chair Oscar Mabuyane also blasted those he said were hell-bent on dividing the party, saying they would not be deterred from further uniting the ANC in the province.

ANC alliance partners, including ANC Women’s League president Bathabile Dlamini, also threw their weight behind Ramaphosa, saying that as a democratically elected leader of the ANC they were fully behind him.