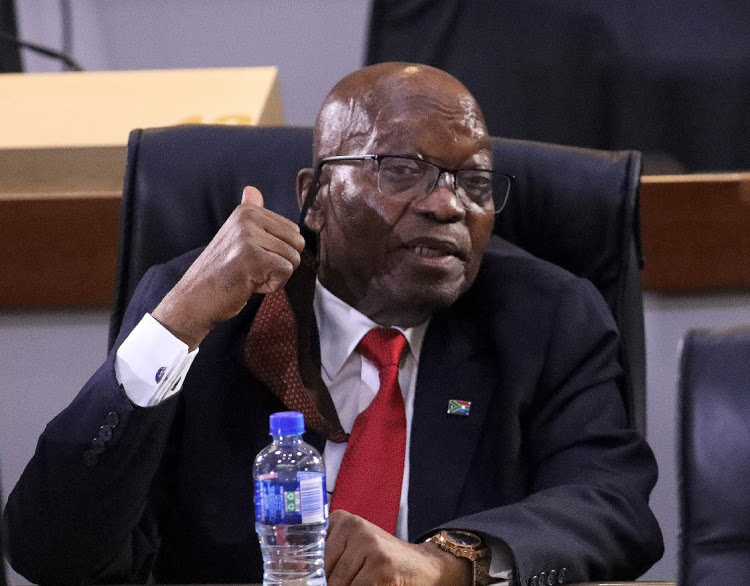 Former president Jacob Zuma feels he has become a 'target and a scapegoat' in the aftermath of his refusal to appear before the Zondo commission.
Image: Veli Nhlapo

The Constitutional Court has issued directions that former president Jacob Zuma must file an affidavit addressing what penalty the court should impose if it were to find him in contempt of court.

This follows an application by the Zondo Commission into state capture that he be imprisoned for two years for breaching the ConCourt’s order to obey the commission’s summonses and come before it to testify.

Despite an order from the court, he failed to turn up in February in line with a summons from the commission. When the contempt application was heard, Zuma chose not to participate and did not file court papers on why he should not be held in contempt.

These latest directions give the former president a last chance to seek to persuade the highest court not to send him to prison — should it find that he is in contempt of court.

Ramaphosa to Zuma: I regret that you see me as a deceitful person

President Cyril Ramaphosa did not support the premature removal of his predecessor Jacob Zuma from office and views the former president as his ...
Politics
1 month ago

The directions from the highest court have directed him to file an affidavit by Wednesday 14 April. They have also asked him to address the issue that if the ConCourt “deems committal to be appropriate, the nature and magnitude of sentence that should be imposed, supported by reasons.”

The directions say that if Zuma does file an affidavit, the commission and other parties can respond to it by Friday April 16.

At the hearing in March, the commission argued that Zuma’s imprisonment was the only order that would vindicate the authority of the Constitutional Court — not a fine and not a suspended sentence.