'We do not employ, we recommend': Mantashe defends ANC deployment 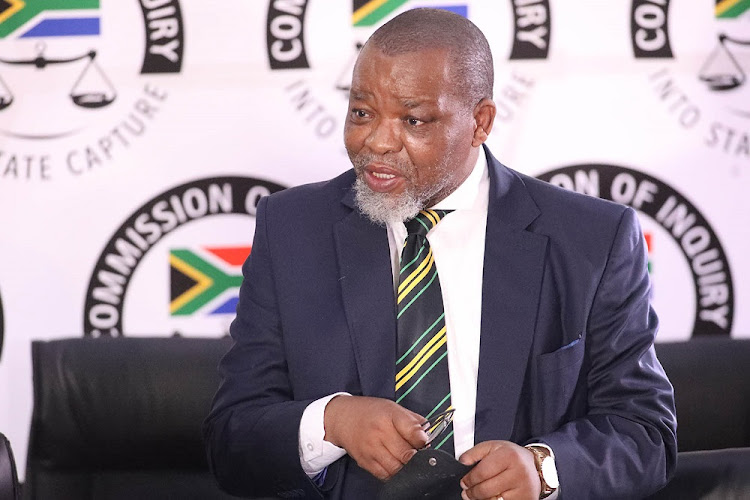 Mantashe was quizzed at the state capture inquiry on the apparent blurring of lines between party and state and its alleged employment of members in the state, by hook or crook.

But Mantashe described this as a grave misunderstanding of how the ANC operates. He said the party has never imposed unqualified comrades of its own on the government and other public institutions.

In fact, Mantashe charged, the ANC was not an employer but merely encouraged its qualified cadres to apply for positions within the state.

Mantashe said what was true was that the ANC was interested, like any governing party, in populating the government with people who understand and are willing to champion the ANC agenda.

“Unashamedly the ANC wants to govern and therefore you cannot govern without the state,” he said.

“The ANC does not have a cadre deployment policy but it has a deployment committee. But everybody who goes to the state goes through interviews and a selection process by the state outside the ANC and they are selected on merit.

Mantashe was then grilled on the ANC's “cadre policy” adopted at its Mahikeng conference in 1997.

He argued that the policy was an ANC internal function which had nothing to do with the government.

Moreover, Mantashe added, the policy was about capacitating comrades with academic qualifications to ready them for “positions of responsibility” within the ANC-led government.

“We should avoid mixing ANC work and government work. This policy talks to the ANC internal policy. The ANC prepares its cadres, that is an internal ANC process, so that if I am given a responsibility I must have acquired the capacity to execute.

“The cadre policy is about development of individual members of the ANC. It is not a deployment policy but it prepares cadres for deployment.”

Mantashe said it would be irresponsible of the ANC not to send its members to school but expect its manifesto to be implemented successfully in the government.

The cadre policy, he continued, was an intervention to ensure that those ANC members who end up within the state make a significant contribution in advancing the party's agenda, albeit not from a partisan perspective.

“When we deploy people to areas of responsibility, we want to have people who understand in all centres of the state.

“But as a cadre, once I am deployed into a position of responsibility in government, I cease from being a party person, I become a public representative for all South Africans.”