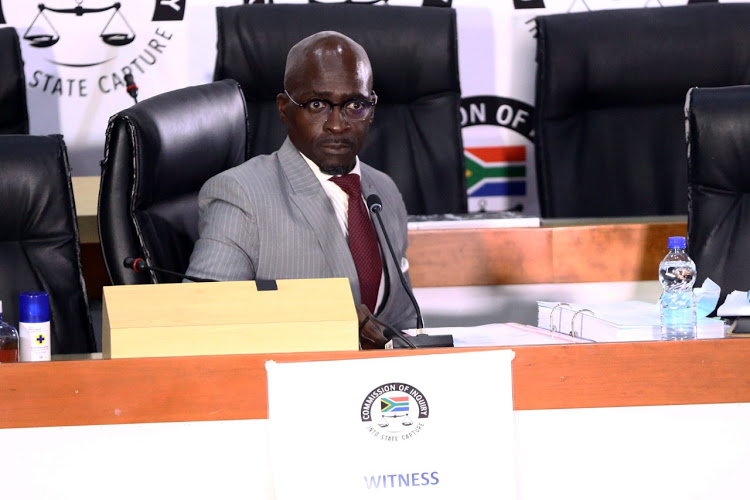 Former minister Malusi Gigaba on Thursday night fired back at his estranged wife Norma Mngoma, accusing her of being an “accomplished liar”.

Gigaba poured cold water on Mngoma’s version of what led to their divorce, and who initiated it. Mngoma had told the commission she was the one who initiated the separation proceedings, but Gigaba said this was all lies.

According to Gigaba, Mngoma’s appearance at the state capture inquiry was intended to pressure him into succumbing to her divorce settlement demands.

The two were married with a prenuptial contract without accrual. Gigaba said that after he asked for a divorce, Mngoma in January approached him with three proposals.

“The first was that, Mr Gigaba, I would like you to offer me something; I cannot just walk away without anything. I would like something financially,” said Gigaba.

“She said proposal number two [was] I would like you to withdraw the case which involved her damaging a vehicle lent to me by a friend.

“She said, third, I would in return stave off the attempts by the commission on state capture to invite me to submit an affidavit about you.”

Gigaba agreed on the settlement and the two were to connect their lawyers to start negotiations.

On the case of the damaging of Gigaba’s friend's car, the former minister apparently informed Mngoma that he did not open the case and thus could not drop it. But Mngoma apparently connected him with her friend from the Hawks, who said he could in fact drop the case having provided a statement on it.

The following day, Gigaba testified, Mngoma confronted him, angry that he had told his lawyers that it was her idea to have divorce settlement negotiations.

From this, Mngoma gave an interview to a Sunday newspaper accusing Gigaba of offering her money to stop her from testifying at the state capture inquiry.

Former cabinet minister Malusi Gigaba has downplayed a security threat that forced the state capture commission to adjourn the testimony of his ...
News
4 months ago

Gigaba reacted by telling his lawyers to halt the negotiations and let the court process unfold.

“I called my attorneys and said this was a trap in the first instance. The commission then finds itself being used by someone who wants to solicit a divorce settlement which unfortunately will now be engaged with through the divorce courts,” said Gigaba.

Gigaba said Mngoma's entire testimony against him was “fabrications”.

The fact that Mngoma did not have proof of all the things she alleged against him, was enough that she was a “bitter” ex-wife who did not get her way in their ongoing separation.

Gigaba said he was “hurt and angry” that Mngoma stooped so low that she “dragged” the name of his late father and their children into her testimony.

But he was not going to do the same.

Said Gigaba: “My wish would be to be able to respond to this affidavit without being dragged into attacking the personal character of [Mngoma] in an environment where my own character has been so severely attacked. Ordinarily I would be angry to the extent of wanting to go pound for pound.

“The commission would be well advised to bear in mind that I am still intent on protecting my children. I do not believe they should be dragged into the public, degraded and spoken about in a manner that is going to undermine their dignity and integrity. They are still young.”