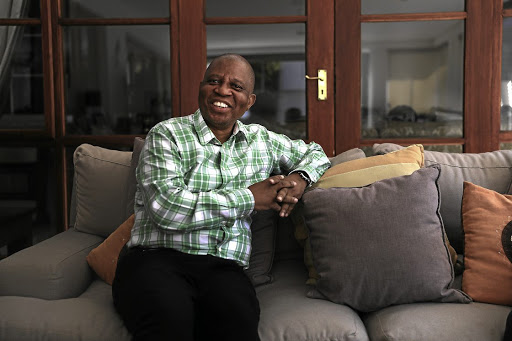 Herman Mashaba is running for mayor of the City of Johannesburg. File photo.
Image: Alon Skuy

Action SA president Herman Mashaba says he is prepared to serve on the opposition benches in the City of Johannesburg if his party does not get enough votes to ensure his return as mayor.

Mashaba took charge of the mayoral office in 2016 when the DA, together with other opposition parties, managed to topple the ANC. He quit the DA in 2019 after the return of Helen Zille as chairperson of the party's federal council in a move that saw party leader Mmusi Maimane and the federal chairperson also resigning from their jobs.

Now Mashaba is making a bid to be re-elected as city mayor, first by contesting an internal election in his party against two other candidates.

A question in the minds of observers was whether the millionaire-turned-politician was willing to serve in the opposition.

The SIU is investigating the Digital Vibes tender and will release a full report once it has concluded the probe.
Politics
1 year ago

“But I really want to give a commitment to the people of Johannesburg, to SA, that as long as the ANC is in power, I will remain a public servant,” Mashaba said at a press conference on Tuesday.

He told TimesLIVE that he got into politics because of his unhappiness about the way the ANC was ruling the country.

By his standards, said Mashaba, he was running a very successful business before he decided to enter politics.

“A prosperous SA and the ANC cannot coexist, one of them has to die and it can't be SA,” said Mashaba.

He said his party was working aggressively to ensure that he wins the support of the voters to get his party into power.

Mashaba is only the second millionaire to start their own party to challenge the ANC.

Before him Mamphela Ramphele launched her party, Agang SA, in 2013 but it failed after getting only one seat in parliament after a messy deal she struck with Zille.

Ramphele next set foot in parliament as an MP but Mashaba said his project was unlike that of Agang.

“I am not Mamphela ... in 1982 when I went into business a lot of people asked me this question, showing me people who failed in business during the dark days of this country’s history, so I don’t run my life on what negative things people tell me,” said Mashaba.

His party is running its primaries to elect its mayoral candidates for the three Gauteng metros and has hired former Electoral Commission commissioner Terry Tselane.

Members of the party and the public will be able to vote for their preferred mayoral candidates before they represent the party on the ballot.