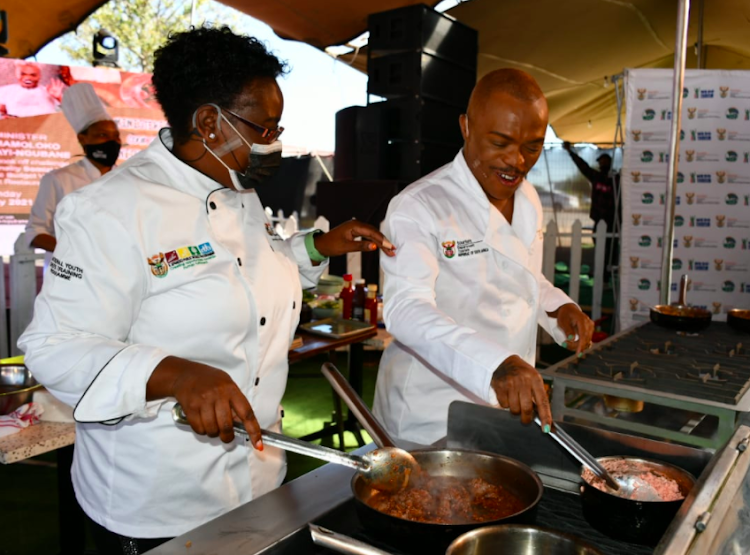 This is according to Kubayi-Ngubane, who was responding to a parliamentary question posed by the DA.

The cook-off, which was meant to promote township tourism, took place on May 17, before the department of tourism’s budget vote on May 18.

It was held at DJ Shimza’s restaurant, The Hang Awt, in Thembisa.

The event sparked outrage, as people questioned how it was supposed to boost the country’s tourism and why Mhlongo-Motaung, and not a young professional chef, was involved.

Questions regarding how much the department paid Mhlongo-Motaung were also raised, with Kubayi-Ngubane claiming the celebrity was not paid and only the restaurant was booked.

“I understand he normally charges a lot of money, but he didn’t,” Kubayi-Ngubane told Power 98.7 at the time.

Attempted murder charges against DA MP Mlindi Nhanha were withdrawn by the Alice magistrate’s court on Thursday, but an internal disciplinary ...
News
1 month ago

In her response to the DA, Kubayi-Ngubane said the R150,000 covered the venue, mobile kitchen hire and event staffing, among other things.

She reiterated that no payment was made to Mhlongo-Motaung.

“It is also important to state that there was no payment made to Mr Somizi Mhlongo and the department notes with concern the public perception that he benefited from the event, which is not the case.”

However, in a teaser video for the latest episode of eNCA's Checkpoint, Mhlongo-Motaung said he submitted an invoice for the cook-off but refused to disclose how much it was for.

“I don't owe anyone that information,” he told the show's journalist.

Nelson Mandela Bay mayor Nqaba Bhanga, who was seen on video singing and dancing with ANC members at the Gqeberha City Hall on Sunday, has apologised ...
Politics
1 month ago

In a statement, the DA's shadow minister of tourism Hlanganani Gumbi lambasted Kubayi-Ngubane, saying the event was “unnecessary and wasteful”.

Gumbi said the expenditure did nothing to help tourism get back on its feet after the lockdown but instead promoted the “minister and her public profile at the taxpayer’s cost”.

“The minister’s response to our parliamentary question confirms that she does not understand the deep anger of society towards her vanity project,” he said.

“Minister Kubayi-Ngubane should focus on helping tourism businesses get back to profitability. She could have used the R150,000 to help over 100 accommodation businesses benefit from free grading, or perhaps even helped clear the rates charges of various businesses struggling because they couldn’t operate for months.”

Kubayi-Ngubane is overseeing the health ministry after Zweli Mkhize was placed on special leave by President Cyril Ramaphosa, pending investigations into contracts between the health department and service provider, Digital Vibes.

“With her latest appointment as the acting health minister, tourism cannot afford both a part-time minister as well as one with poor judgment regarding spending priorities.

“If the minister was serious about the tourism sector and its recovery, she would have declined the president’s request to step in as acting health minister and focused on actually getting the tourism industry going again,” said Gumbi.