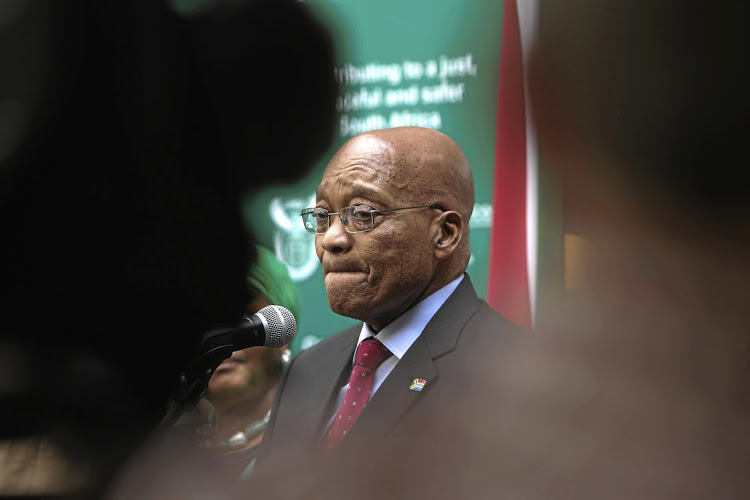 Former president Jacob Zuma will not be attending the funeral of former Zambian statesman Kenneth Kaunda on Friday as initially planned.

“He is not going, he can’t. That will give them a chance to arrest him on the way,” said a family elder who asked not to be identified.

TimesLIVE understands that Zuma had been expected to arrive in Lusaka late Thursday and to return to SA on Monday.

It is believed that the Constitutional Court ruling on Tuesday which found him guilty of contempt of court after he refused to comply with the apex court's order to appear before the state capture commission, may have contributed to the change in his schedule.

Zuma has been sentenced to a 15-month jail term.

His foundation would not be drawn into discussing the matter.

“The diary of President Zuma is not discussed with media because of security considerations” said Jacob G Zuma Foundation spokesperson Mzwanele Manyi.

Former president Jacob Zuma has been found guilty of contempt of court.
News
1 month ago

Another two independent sources close to the former president have confirmed Zuma’s plans were changed at the 11th hour.

It is believed that Zuma was in Durban on Wednesday.

Zuma’s eldest son, Edward, said the family was going into a meeting and would be releasing a statement later.

On Wednesday evening the foundation released a statement in which Zuma criticised the Constitutional Court judgment.

TimesLIVE reported that the foundation said Zuma believed the majority judgment, delivered by acting chief justice Sisi Khampepe, showed that the country’s courts did not act independently and without bias.

He was given five days by the apex court to hand himself over or face arrest. The foundation said it was speaking to its legal advisers “on the options available” to Zuma.