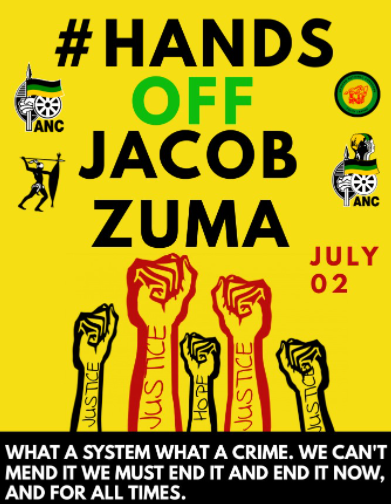 The ANC in the Eastern Cape says it is not behind the posters.
Image: Supplied

The ANC in the Eastern Cape on Friday said posters displaying the party’s emblem, calling for a shutdown in support of former president Jacob Zuma, were not from its offices.

The party said it had “noted with grave concern” the posters, which effectively called for a shutdown in the Motherwell area.

“The ANC wishes to categorically distance itself as an organisation and the use of its logos. Whoever created these posters are in violation of the ANC communications and media publicity policy and as such we will launch an investigation to bring those individuals to book,” said spokesperson Luyolo Nqakula.

“We will also not hesitate to summarily suspend the membership of any member, through the PEC, who is party to these activities, as they are not only illegal but not consistent with the discipline of the ANC.” 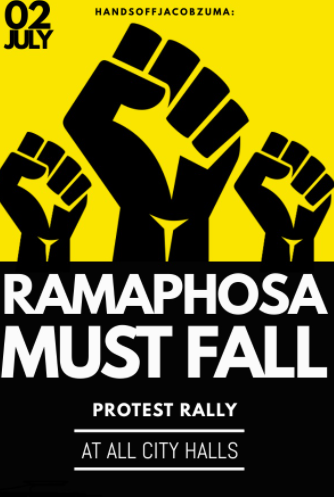 The ANC called on law enforcement to act against those who produced the posters.
Image: Supplied

He also called on the police to act against those behind the posters, some of which called for the demise of President Cyril Ramaphosa.

This comes as scores of pro-Zuma supporters are camped outside Zuma’s Nkandla’s homestead, claiming he will not be jailed.

Zuma has until Sunday to hand himself over to the Nkandla or Johannesburg central police station, failing which police minister Bheki Cele and police commissioner Gen Khehla Sitole will have to take him into custody.

The Constitutional Court ruled that Zuma be imprisoned for 15 months.

“These calls for community gatherings and activities in groups would be against the lockdown regulations as announced by President Ramaphosa on Sunday. The third wave and Covid-19 Delta variant is something we take serious as a region, and [we] won’t take lightly to any unruly public behaviour that jeopardises the health and safety of others,” Nqakula added.