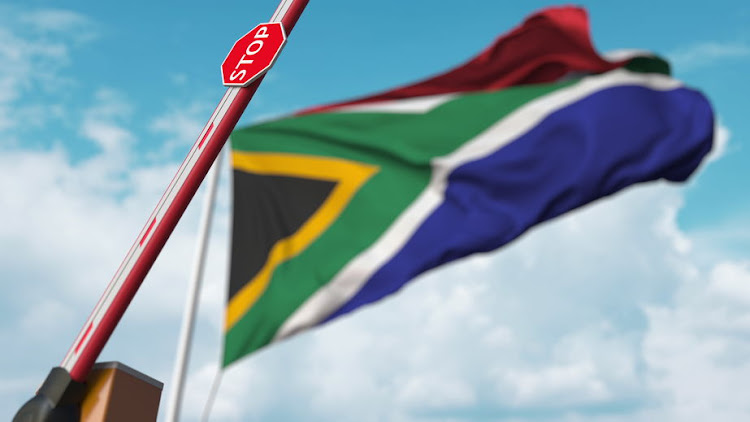 Brand SA's job is to promote a good image of the country. Stock photo.
Image: 123RF/moovstock

Makhubela had written to the committee saying the chairperson of the board, Thandi Tobias-Pokolo, misled parliament when she made a presentation about his disciplinary woes.

In turn, Makhubela made several allegations of corruption against Brand SA. But his complaint against Tobias-Pokolo relates to a presentation she made to the public service and administration committee in March.

Makhubela accused Tobias-Pokolo of having misled parliament when she told the committee that he had been suspended due to allegations of misconduct and an independent disciplinary hearing recommended he be fired but he was allowed to complete his contract, which expired in July 2020.

But the committee declined to pursue the matter after it pulled out the transcript of the meeting.

Parliament is further expected to summons security cluster ministers to account for intelligence failures during the looting spree and perceived ...
Politics
2 months ago

Makhubela disputes that he was suspended, saying that he was on a voluntary leave of absence.

Legal advice sought by the committee said that there was no wilful intent by Tobias-Pokolo to mislead parliament and that she had qualified her statement when she said Makhubela was suspended.

EFF MP Mbuyiseni Ndlozi was the first to recommend that the matter be dismissed.

“I don't think we need to have any oral hearing, there is no case here. I think we must ... conclude there is nothing further to investigate. There was no malice, there was no misrepresentation or anything,” said Ndlozi.

He was responding to committee chairperson Philly Mapulane, who initially recommended a hearing on the matter.

Ndlozi was supported by other members of the committee, leading to Mapulane agreeing that the matter should be scrapped.

Mapulane said based on the transcript of the presentation by Tobias-Pokolo, it was clear that she said Makhubela was a suspended CEO, but qualified it by saying “suspended” in inverted commas.

“The facts as we can gather from the documentation is that there was a leave of absence which was taken by Dr Makhubela. Subsequent to that leave, there was a sort of suspension in a sense that he was required to be at home and not come back. So that was the suspension,” said Mapulane.

He said there was indeed a disciplinary hearing, which recommended that Makhubela be fired, but the late minister in the presidency Jackson Mthembu recommended there be an amicable settlement.

Mapulane said there was never an amicable settlement between Brand SA and Makhubela until his contract lapsed. “It's quite clear that there was no misleading of parliament and our role and our duty as this powers and privileges [committee] ends here. We can't get into the other areas about employer and employee,” he said.