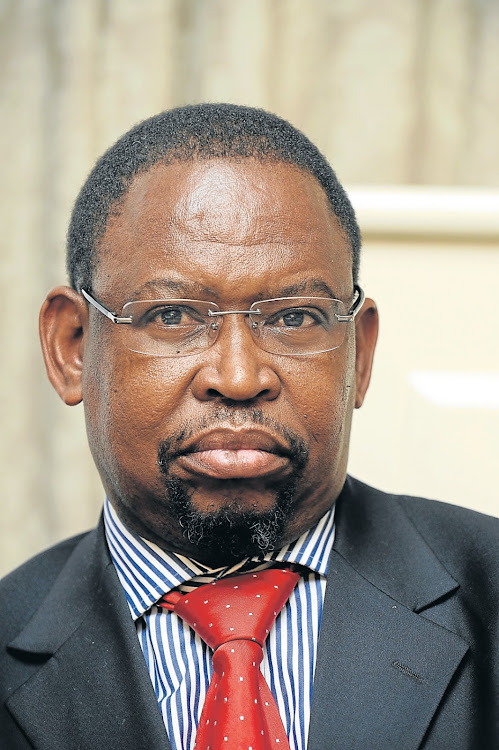 Announcing a cabinet reshuffle, President Cyril Ramaphosa said Godongwana would replace Tito Mboweni, who had asked to step down from his position.

“I am grateful to Mr Mboweni for responding to the call I made to him to serve our nation,” Ramaphosa said.

“Today, I have acceded to his request to leave, and we wish him well in his endeavours — and I am sure he will continue to excel and also be available for certain tasks that he may be given from time to time.”

Tito Mboweni is no longer SA's finance minister, and will be replaced by Enoch Godongwana.
News
1 month ago

Mthatha-born Gondongwana is currently chair of the Development Bank of Southern Africa.

In 2012, he resigned as deputy minister of economic development following a strained working relationship between him and his minister, Ebrahim Patel.

In 2005, Godongwana was embroiled in scandal when then Eastern Cape premier Nosimo Balindlela announced an inquiry to probe corruption and maladministration in the province.

In 2009, the four had brought a high court application to have the Pillay findings dismissed.

In May 2009, judge Dylan Chetty declared the inquiry’s findings a “nullity”.

Earlier  yesterday, health minister Zweli Mkhize, embroiled in a scandal of his own with the Digital Vibes saga, resigned from his position.

He will be replaced by deputy health minister Joe Phaahla.

Other new appointments are:

The government has decided that water and sanitation, which Sisulu previously headed along with the human settlements portfolio, should be a separate ministry.

There were mixed reactions to the cabinet changes made by President Cyril Ramaphosa on Thursday night.
News
1 month ago

“[This] will enable a dedicated focus on ensuring that all South Africans have access to a secure and sustainable supply of this precious resource,” Ramaphosa said.

“This is to ensure that the country’s domestic and foreign intelligence services more effectively enable the president to exercise his responsibility to safeguard the security and integrity of the nation.”

Defence minister Nosiviwe Mapisa-Nqakula has been  “deployed to a new position”.