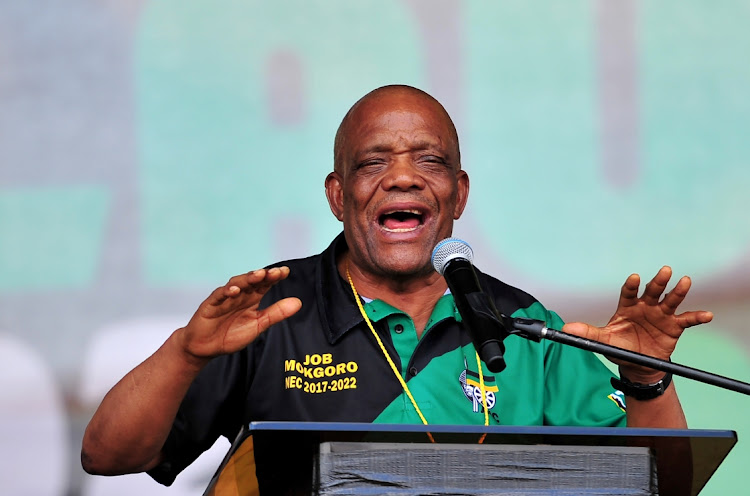 This after he was unceremoniously shown the door last week, with the interim provincial committee announcing Bushy Maape as the premier-elect.

Speaking to media on Monday night, ANC acting secretary-general Jessie Duarte said Mokgoro had taken members of the top six into his confidence about his pending resignation.

“Mr Mokgoro has agreed to resign, he has given us that, even to me personally when I met him. He has also today met treasurer-general [Paul Mashatile] of the ANC, and made that commitment. He is awaiting a meeting with the president, which is fine ... We have no problem with that and he has indicated that immediately after that meeting, he will tender his resignation letter. I do have a written message from him that assures me that he will be resigning.”

The ANC's national working committee has thrown its weight behind the selection of Bushy Maape as the next premier of the North West, leaving ...
News
11 months ago

Meanwhile, Duarte said the party was able to meet the IEC’s 9pm deadline to submit candidate nomination lists for the local government elections. A total of 4,800 ward candidates’ names were submitted and PR candidates, bringing the total to 10,000. Unlike other political parties, Duarte said, the ANC would not announce the candidates of major metros.

The ANC’s national electoral committee head Kgalema Motlanthe earlier said the party’s decision to shake up its candidate selection processes for the upcoming polls would result in quality leadership and efficient municipalities which would tackle corruption head on.

He said leader facing allegations of wrongdoing or corruption would not represent the party in the polls.

Duarte made a similar contention, saying that the ANC had taken a decision to remove candidates charged with wrongdoing and had appeared in court as a result.

“We have removed leaders affected by the step-aside resolution, the mayor of Newcastle, who had to step aside,  has been removed. There are also a few other people who were removed from the list. Only the people who appeared in court were removed.”

Duarte said the ANC would accept any outcome of the ConCourt bid seeking to postpone elections, which Moseneke recommended to February 2022, if they are to be free and fair.

“We are ready for October 27, but if there is a postponement we will be quite happy with that decision if it comes from the Constitutional Court.”