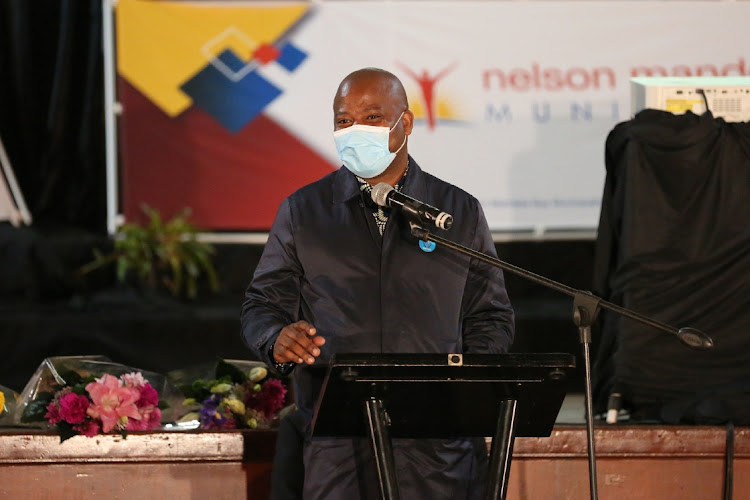 UP FOR THE JOB: Nqaba Bhanga has been chosen as the DA mayoral candidate for Nelson Mandela Bay for the upcoming municipal elections
Image: WERNER HILLS

The DA has trusted Nqaba Bhanga to win Nelson Mandela Bay — one of the targeted metros it hopes to govern after the municipal elections.

Bhanga, the incumbent Bay mayor, was always a favourite for the position, especially since he is also the DA Eastern Cape leader.

Insiders have said he was the only one from the Bay who put his hand up for the position.

Party leader John Steenhuisen made the announcement in Gqeberha on Monday, hours before the IEC deadline to submit names of candidates by 5pm.

Steenhuisen dared the ANC to unveil its candidates.

Nelson Mandela Bay mayor Nqaba Bhanga, who was seen on video singing and dancing with ANC members at the Gqeberha City Hall on Sunday, has apologised ...
Politics
3 months ago

“You will notice that very few other parties have done this.

“The only other party to govern in municipalities and metros, the ANC, certainly does not seem to have any desire to announce its mayoral candidates.

“And this is a shame, because South African voters deserve far better from this hard-won democracy.

“They deserve a proper government by the people where they get to play an active role all the way up to election day.

“It’s still not too late for this to happen.

“I’d like to challenge the ANC to do what we’ve done, for the sake of our democracy.

“Make this election the open contest it was always meant to be.

“Put your candidates out there in front of the people, alongside ours,” he said.

“I am personally going to spend a lot of time with each of these candidates here, taking our message to communities across the country.

“So I’m calling on the ANC to meet us there — whether this is in a town hall debate, a televised debate or a debate on the radio.

“Name your candidates and let the voters interrogate them together with ours.

In Ekurhuleni, the DA will field Refiloe Ntseke; in Tshwane,  Randall Williams will stand for the DA; in Johannesburg, the DA has trusted Mpho Phalatse, and in Cape Town, the party has placed its faith in Jordan Hill Lewis.