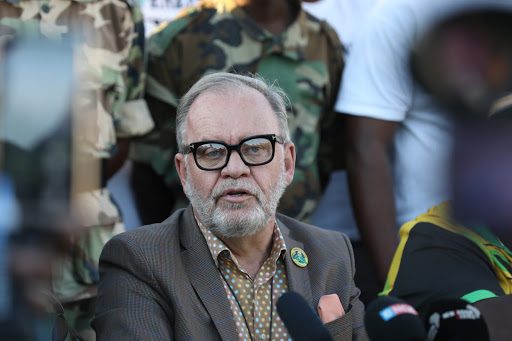 Fired ANC staff member Carl Niehaus says he will go ahead with plans to lay charges against the party's top six leadership.

Kgothatso Madisa reported for Sunday Times Daily that the disbanded MKMVA's spokesperson was issued a notice of his dismissal on Thursday evening by ANC general manager Febe Potgieter.

His firing sparked a massive debate on social media, with some pointing to his controversial comments in the past and others questioning the dismissal process.

Taking to Twitter on Friday, a defiant Niehaus said he was “relaxed and unintimidated”.

“I will not budge a millimetre. Wrong is wrong,” he told supporters, thanking them for standing by him.

He vowed that he and others would go ahead with their legal action against the party's leaders.

“Those of us who intend to lay the charges will now proceed. We'll announce today when.”

The meeting yesterday between the ANC Staff Association & the ANC NOB's, that some @MYANC employees & myself agreed to wait for didn't happen. The NOB's just weren't available. They don't care! Those of us who intend to lay the charges will now proceed. We'll announce today when.

Niehaus threatened to lay criminal charges on behalf of the party’s disgruntled workers against the ANC top six – which includes party president Cyril Ramaphosa – over nonpayment of provident and pension fund contributions, as well as UIF.

He was on Thursday asked to provide reasons why he should not be fired.

Potgieter stated that instead of providing these reasons, Niehaus took it as a personal attack and “persisted with conduct that continuously brought your employer into disrepute”.