Fraser had no power to release Zuma, says DA in court bid to set aside parole 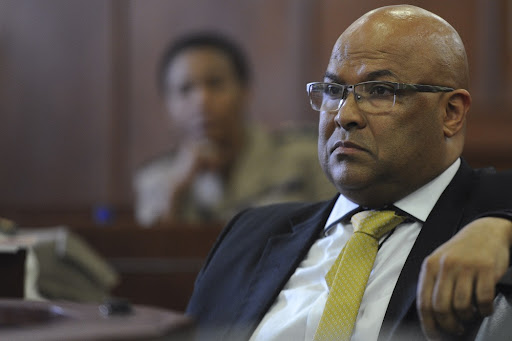 Correctional services commissioner Arthur Fraser's decision to grant medical parole to former president Jacob Zuma – which he admitted was against the recommendation of the medical parole advisory board – was unlawful.

This was submitted by the DA made in an application before the high court in Pretoria on Friday, in which the party seeks to review and set aside the decision by Fraser to place Zuma on medical parole.

The DA wants an order substituting the decision with one rejecting Zuma's application for medical parole.

It also seeks an order directing that Zuma be returned to prison to serve the remainder of his sentence.

Fraser admitted in an interview on SABC this week that he had overruled the medical parole advisory board, which had recommended that Zuma not be released as he was in a stable condition.

Correctional services commissioner Arthur Fraser confirmed during an SABC interview that the medical parole advisory board did not recommend former ...
News
1 week ago

In an affidavit filed with the court on Friday, DA leader John Steenhuisen said that based on what Fraser had said in the interview, Zuma's medical team had applied for medical parole on behalf of the former president at the beginning of August.

Zuma's application was eventually directed to the medical advisory parole board, which appointed a doctor to examine Zuma. The doctor made a recommendation to the board.

The board recommended that Zuma not be placed on parole on the basis that he was in a “stable condition”.

Steenhuisen said Fraser then decided himself to place Zuma on medical parole against the recommendation of the board.

“First, on a proper interpretation of the [Correctional Services] act and the regulations, the commissioner is precluded from granting medical parole if the board recommends that an inmate not be granted medical parole,” he said.

The decision by correctional services commissioner Arthur Fraser to place former president Jacob Zuma on medical parole was unlawful for a number of ...
Politics
1 week ago

Steenhuisen said, alternatively, the commissioner's decision was materially influenced by an error of law in believing that he was entitled to grant medical parole when the board had concluded that Zuma was not ill enough to warrant it.

Second, for Fraser – who is not a medical expert – to ignore the recommendation of the board, which is made up exclusively of medical experts, is irrational, unreasonable and constitutes a failure to take relevant circumstances into account.

“It cannot be ignored that we appear to have been here before. In 2005, Schabir Shaik was convicted and sentenced to 15 years' imprisonment for corruption,” he said, in reference to Zuma's former financial adviser.

In 2009, after having been in prison for less than two years, Shaik was released from prison on “medical parole”.

“Since then he has regularly been seen golfing, allegedly throttled and slapped a journalist and was accused of punching and slapping a man at a mosque during an argument over parking,” Steenhuisen said.

He said this was not the conduct of a terminally ill man.