‘Yeah, right!’ — What you said about the EFF’s plan to build RDP houses in Sandton 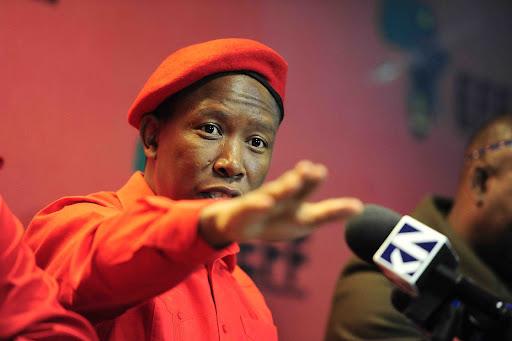 Readers are not convinced after EFF leader Julius Malema declared his party is looking at land in Sandton on which to build RDP houses.

Speaking at the party’s 2021 election manifesto launch over the weekend, Malema said building the houses would promote “integrated human settlements”.

“The EFF is going to identify a piece of land in Sandton and we are going to build RDP houses. We must not have places of the rich and places of the poor. We must bring you together because you belong together.”

He said EFF-run municipalities would also implement a “property wealth tax” to subsidise basic services for the poor.

“Dali Mpofu is going to be the first victim of the property wealth tax because he lives in Houghton. He must pay for a poor person in a township and in the village,” he said.

The EFF launched its 2021 local government elections manifesto at Gandhi Square in the Johannesburg CBD on Sunday.
Politics
3 months ago

TimesLIVE ran a poll asking readers what they thought of the plan to build RDP housing in Sandton.

The results showed 59% did not believe this will be implemented, 24% said they would believe it when they see it, and 17% said housing would probably only be given to a select few.

There were mixed reactions on social media, with some saying these ideas were needed to bridge the gap between rich and poor citizens.

“We don’t have to think if it’s possible. Maybe we will be able to breach the line between rich and poor. I don’t see any problem there. We must not fear Sandton as if they own SA,” wrote Mj Nakene.

“Looks like I’ll be a Sandton boy sooner than expected,” joked Onedile Nkomonde.

Others claimed the houses would quickly be sold.

“Unless there’ll be different rates for RDP houses, otherwise that would be a futile exercise because they will be sold,” predicted Sandile Vellem.

“They should rather develop kasi and turn it into Sandton,” said Katlego E Gaufi.

There should be no segregation of the rich and the poor, the rich will understand what poverty means.

Attention seekers who will say anything to secure seats in power…it’s painful to be poor, people just toss you left & right. pic.twitter.com/ykCsIHYZHQ

Perfect plan, poor people need to be near their place of work!