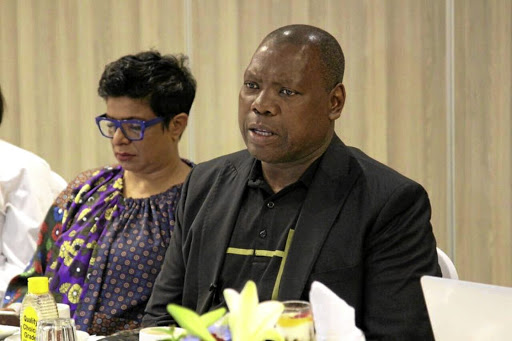 President Cyril Ramaphosa has given the green light for the release of the Special Investigating Unit’s (SIU) final report into the health department’s R150m Digital Vibes communications contract saga.

The presidency announced on Wednesday that Ramaphosa authorised the publication of the report, which delves into the questionable award of National Health Insurance (NHI) media campaigns and the subsequent Covid-19 communications contract to Digital Vibes while former health minister Zweli Mkhize was in charge.

The report found evidence that Mkhize had a conflict of interest as “his friends or associates under the guise of Digital Vibes were unlawfully and irregularly appointed” by the national health department to oversee media campaigns for the NHI and Covid-19.

Health department director-general Sandile Buthelezi has been suspended over his alleged role in the Digital Vibes tender saga.
News
3 weeks ago

Mkhize’s “former associates and/or family members of such former associates [directly or indirectly] received undue benefits from persons linked to Digital Vibes in circumstances where the minister failed to declare any such actual or potential conflicts of interest to the presidency”.

It also cited a “lack of oversight” by Mkhize who, it added, “can be argued ... deliberately ignored a cabinet decision” on the communication strategy.

It also implied Mkhize’s conduct constituted an interference by the executive authority in the affairs of the administrative authority of the national department of health.

In August, the Sunday Times reported that papers filed by the SIU at the Special Tribunal indicated that department officials went as far as creating fictitious companies and doctoring the scores of competitors to eliminate competition for Digital Vibes, the beneficial owners of which were Mkhize’s friend Tahera Mather and his former personal assistant, Mather’s niece Naadhira Mitha.

In a statement on Wednesday, the presidency said the third-party notices that had been sent to companies and individuals involved is in the interest ...
News
1 month ago

“President Ramaphosa received a report and referral on the Digital Vibes matter from the Special Investigating Unit in early July 2021,” the presidency said in a statement.

“The presidency subsequently sent third-party notices to all persons or entities referred to in the report so they could have an opportunity to object to its publication or part thereof.

“This was done in the interest of fairness and in terms of the Promotion of Access to Information Act (PAIA), following a number of PAIA applications by persons and parties who wished to have sight of the report.”