'The ANC has exempted itself and the EFF from lockdown regulations,' says the DA 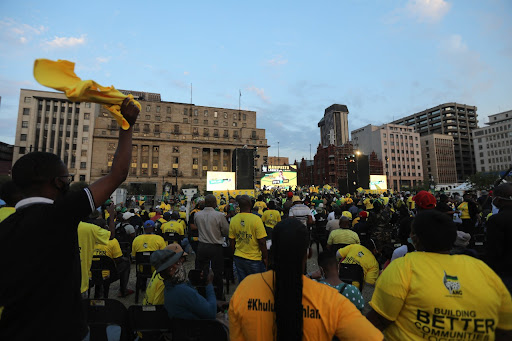 The EFF and ANC have exempted themselves from following Covid-19 regulations, and should not expect South Africans to follow the same rules which they flouted, said DA MP Natasha Mazzone.

Mazzone lashed out at the two parties on Tuesday for allegedly violating lockdown regulations and safety protocols during their elections manifesto launches.

“The ANC has clearly exempted itself and the EFF from lockdown regulations but is imposing it on everybody else, to the detriment of the economy and individual rights and freedoms. This double standard cannot continue. We cannot have one set of rules for the ANC and EFF and another set of rules for everyone else,” said Mazzone.

The MP said it was not fair that civilians were subjected to lockdown laws, while political parties get away with hosting huge gatherings during the national state of disaster.

“If the ANC cannot adhere to its own senseless rules, then it cannot expect South Africans to continue to live under those rules either,” said Mazzone.

The EFF launched its elections manifesto on Sunday and the ANC on Monday. The events were attended by hundreds of supporters, some of whom were seemingly maskless and did not observe social distancing.

On Monday, Mazzone accused the EFF of illegal campaigning and endangering the lives of its supporters. She called on the Electoral Commission of SA (IEC) and police minister Bheki Cele to investigate the alleged flouting of regulations.

SA is under alert level 2 lockdown, which allows up to 250 people to gather indoors and 500 people outdoors.

The EFF is unveiling its 2021 local government elections manifesto in Johannesburg on Sunday.
Politics
3 weeks ago