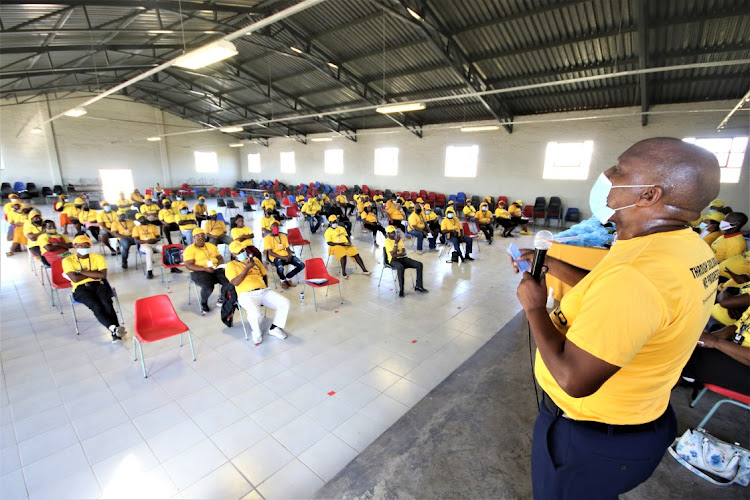 As part of its election manifesto, launched in Mthatha on Sunday, Isanco president Zukile Luyenge said their focus would also be on resuscitating defunct training colleges to help empower people.

“In our case, communities still live under a welfare kind of an arrangement, where government is expected to provide them with everything.

“But if things were done right, we should be talking about social development, where people are able to take charge of their own development.

“For that to happen, the process needs to be driven by activists of development, which we are,” he said.

However, he insisted Isanco was not a political party, but merely a civic society organisation made up of a conglomerate of community-based organisations, non-governmental organisations and ordinary citizens.

Isanco will contest the elections in some municipalities in seven provinces, including the Eastern Cape, with the exception of the North West and Limpopo.

He said addressing poverty was one of the most critical issues they wanted to focus on, should they be voted into power.

He said Isanco believed agriculture could be the ticket out of poverty for many South Africans.

“We all get food from the land but today our government cares less about agriculture, hence we have a lot of land that just lies unused in many parts of the country.”

Luyenge said they wanted to build PPPs to ensure that even those who did not necessarily own land, but were interested in agriculture, could benefit.

“You have people who have land but no equipment to work it.

“And then there are those who have implements but no land.

“We want to have partnerships where the landowners are able to buy out those who provide the implements.

“But most importantly, by getting involved, we will ensure they are properly trained and able to contribute to food security.”

Luyenge said they would also tighten the screws on corruption at local government level.

This, he said, Isanco would do by ensuring tenders for municipal projects were rotated and awarded to different companies.

The organisation would also ensure training colleges were revived again so South Africans could get much-needed skills.

“During the homeland governments, people would be sent to acquire skills at these types of institutions, but now our government is all about giving people ‘study loans’.

“We will definitely make sure they operate again and that people empower themselves with skills, free of charge.”

With the country facing high unemployment levels, Luyenge said the state could not address the crisis without ensuring people were empowered with proper skills.

He said many South Africans were fed up with empty promises.

If voted into power, Isanco would also invest in revatilising the road networks, he said.