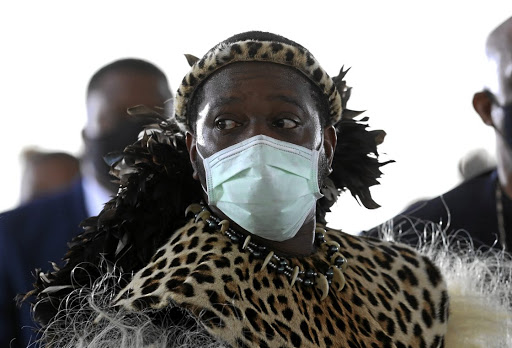 The IFP is retracting a poster bearing the face of would-be Zulu monarch Prince Misuzulu and declaring the party's collaboration with traditional leaders where it governs.

On the posters, which appeared on social media on Monday, the IFP states: “We partner with traditional leaders by recognising just how vital traditional leaders are and how important it is to support and resource amakhosi, so that they can execute their functions of ensuring that communities' needs are met and that everyone is treated with dignity and respect.”

This is in line with the party's manifesto. However, Prince Misuzulu — who is regarded by a section of the Zulu royal family as the new king — is meant to be apolitical and should not be used in political campaigning by parties.

The IFP is retracting this poster.
Story coming up on TimesLIVE pic.twitter.com/2ADNxiL7sI

The decision to use the potential future Zulu king on the election paraphernalia was met with heavy criticism.

Responding in a statement, the IFP said: “As part of the IFP’s LGE [local government election] social media campaign, an infographic in support of traditional leadership was released with a photo of His Majesty, the king of the Zulu nation [Prince Misuzulu]. This photo was erroneously used.

“We apologise for any inconvenience caused to His Majesty, the royal family, and to the traditional prime minster of the Zulu nation and monarch,” the party said in a statement.

The IFP's founder Prince Mangosuthu Buthelezi is also the traditional prime minister of the Zulu nation, and is one of the strongest backers of Prince Misuzulu's ascent to the throne — in direct competition with some members of the royal family who dispute that he is the rightful heir.

The party has announced that “disciplinary action will be taken against the implicated staff members” involved in the online poster saga.

“The IFP remains steadfast in our continued support of traditional leadership, as per South Africa’s democratic dispensation.”

An eThekwini municipality election banner which replaced one depicting Zulu kings has got royal supporters hot under the collar.
Politics
5 days ago