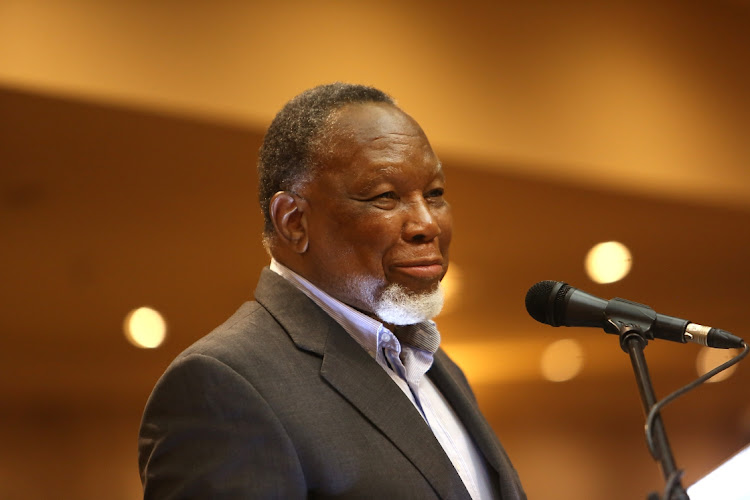 Former ANC deputy president Kgalema Motlanthe was the keynote speaker at an ANC event at Emperors Palace on Thursday night. The event was billed as a conversation with professionals, academics, the business sector and members of the creative industry.
Image: Alon Skuy

Former president, and head of the ANC's electoral committee Kgalema Motlanthe believes the ruling party is on a better path now than it was in 2017 — when he said it would have been best if it hit rock bottom and lost the national elections.

He made the remarks on Friday while campaigning in Refilwe, Tshwane, where he urged disgruntled community members to give the ruling party another chance when they head to the polls on November 1.

In an interview with BBC Africa, four years ago, Motlanthe said the ANC had become “associated” with corruption, and it had to lose the elections for the “penny to drop”. Asked on Friday if he shared the same sentiments now and if that was the message he would send to the electorate, he responded, “No”.

“2017 was a different time and place, and the context was quite different. This is 2021 now. The ANC is on the Right path of renewing itself. That is why we are here to say the electorate must give the ANC a chance. And the ANC will be able to meet its basic demands,” he said.

Former ANC deputy president Kgalema Motlanthe on Thursday night told professionals and academics that the ANC admits to its shortcomings and is ...
Politics
1 month ago

Motlanthe was accompanied by home affairs minister Aaron Motsoaledi and Gauteng education MEC Panyaza Lesufi. During a door-to-door campaign, community members did not mince their words as they expressed anger over unemployment, lack of service delivery and corruption, among other grievances.  They also took issue with ward councillors allegedly being imposed on them.

“I hear everything you are saying, but I will never vote for the ANC. I don’t even know this person [ward councillor]. I will only vote for people I have seen, that walk on the same ground as I am, people that struggle the same way I do,” said an elderly resident, Anna Monama.

Some residents threatened that if disputes were not resolved soon, they would boycott the party.

“We don’t want this candidate. He was fraudulently placed on the list. We don’t know him,” one said.

Another added: “This is the reason why the DA won [Tshwane] in 2016. We want to vote for the ANC and we are working hard to correct this, but we can’t do it without your support. Please fix this thing.”

Responding to this, Motlanthe assured residents that disputes would be dealt with shortly after the elections.

“We have set a deadline of November 15 for the provincial list committee to resolve the disputes. If you are still unsatisfied, you can then appeal to the national electoral committee,” he said, adding that these disputes would be resolved by November 30.

“We heard you and we understand. The problem we have is that there is nothing in the world we can do now to change the candidate list,” he said.

The party has been on a mission to resolve disputes which have led to violence and killings, in some instances.

The party's head of elections, Fikile Mbalula, said if these problems were not resolved amicably, the ANC might as well kiss its chances of wresting the city from opposition control goodbye.