Most voters have never met their ward councillor and many do not care, as they vote for the party: Ipsos survey 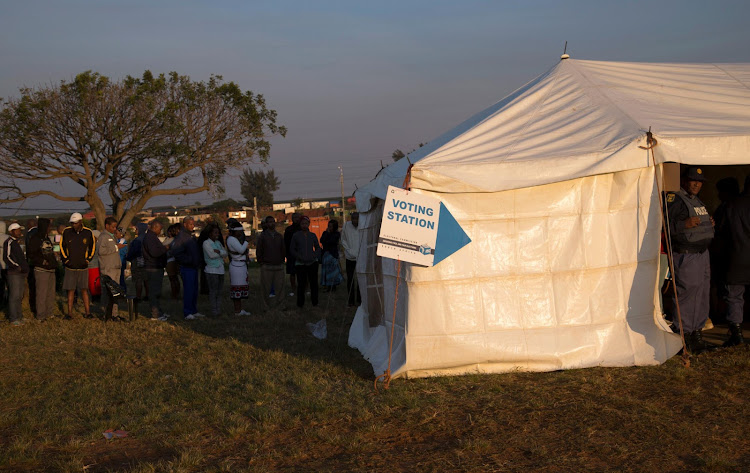 With elections just around the corner, a new study reveals that many South Africans have never met their local councillor and many do not care, as they vote for a party not an individual candidate. File photo.
Image: Reuters

About half of those who voted in 2016 are not pleased with the performance of the party they voted for.

Of these, most are men, while fewer women are unhappy about the performance of their party of choice in the past five years.

This is according to a study conducted by Ipsos this month before the November 1 local government polls.

The study further found that the dissatisfaction by voters may be because only a third had met or know their ward councillor. Another third of those who voted in 2016 do not know and have never met their councillor, while the rest could not be bothered who is their local representative because they voted for the party.

The attitude of voters who do not know their local councillors, the research found, could also be a result of big parties such as the ANC, DA and EFF having national leaders hogging the spotlight during the campaign for votes.

“While the function of local government is to be the ‘coalface’ where voters can interact with their political representatives, and can easily contact their councillors and expect some action or answers about issues in the local area, it seems that candidates for the position of councillor are rather ‘voter shy’," reads the study.

“However, in our election system of proportional representation, the opportunities for direct interaction with a candidate are low, we can thus possibly assume that these people also have no idea who their candidates are — or what they promise to do.

Era of ‘distant and unconcerned’ ward councillors has ended: Ramaphosa

ANC president Cyril Ramaphosa has promised that the nearly 10,000 ANC local government election candidates will not rest until they “end corruption, ...
Politics
1 month ago

“In addition, the larger political parties use their high-profile leaders in the campaigns, which are mainly driven on a national stage, with the launches of national manifestos, rallies and meetings,” it goes on.

“As a result of this, the real local issues do not get much attention in campaigns, and national issues dominate and drive the discourse.”

The confusion of issues that fall into the national government sphere does not end with political parties, but voters also suffer from the same as most are concerned with safety and security at a local government level. Only 13% of South Africans have confidence in police capacity to protect them.

On services, only 32% of voters are concerned about the affordability of services, with just 13% bothered by refuse collection and clean streets, according to the study.

“The two worst things chosen were that facilities for young people were inadequate in the area and that municipal councillors were incompetent and corrupt or did not do their jobs.