Shivambu on Ramaphosa’s hybrid car plan: ‘Only fools will believe someone who can’t even guarantee electricity’ 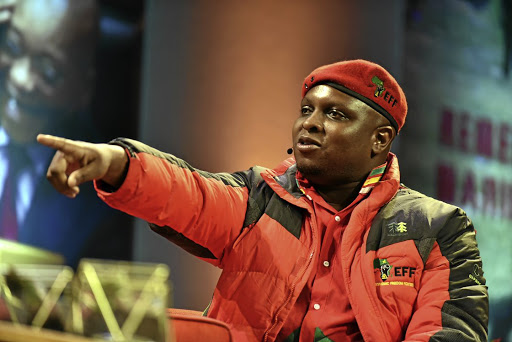 EFF deputy leader Floyd Shivambu has scoffed at President Cyril Ramaphosa’s announcement that SA will be prioritising hybrid cars in the future.

This week, Ramaphosa said SA had identified three key priorities for climate action, including increased production of electric vehicles and having Eskom reduce its carbon emissions.

Ramaphosa joined Toyota SA to celebrate the production of the new Corolla Cross ahead of its local media launch in Durban.

He said the company plans to ramp up its projected 4,000 hybrid vehicles planned for next year, depending on whether the availability of batteries improves.

However, reacting to the news, Shivambu suggested the plan was a pipe dream, given that SA is still battling with load-shedding.

“It’s only fools who’ll believe someone who can’t even guarantee electricity during matric exams and permanently in Soweto, yet he goes around dishing empty dreams and hallucinations,” he said.

Electric Cars? And what else? Billet Trains? Smart City? US$1 trillion FDI?? What else? It’s only Fools who’ll believe someone who can’t even guarantees electricity during matrix exams and permanently in Soweto, yet he goes around dishing empty dreams and hallucinations! https://t.co/sD0qr7F7Pr

SA is on stage 4 load-shedding until 5am on Friday. It was moved from stage 2 to stage 4 on Wednesday, the day matrics began their final exams.

Addressing Inanda residents in eThekwini municipality, EFF leader Julius Malema said the ANC had failed matrics, leaving them to study in the dark.

“Matrics are writing exams, there’s no electricity. You have no jobs and you are the evidence of no service delivery. Remember that when you go vote,” said Malema.

“A government that switches off electricity during the matric exam period does not deserve your vote. We send our revolutionary wishes to the matric class of 2021 for their success, despite the failures of the governing party.”

President Cyril Ramaphosa said the launch of the vehicles, which operate on fuel and battery support, is an important step to transforming the ...
News
9 months ago