Mmusi Maimane reflects on his political career starting in the ANC 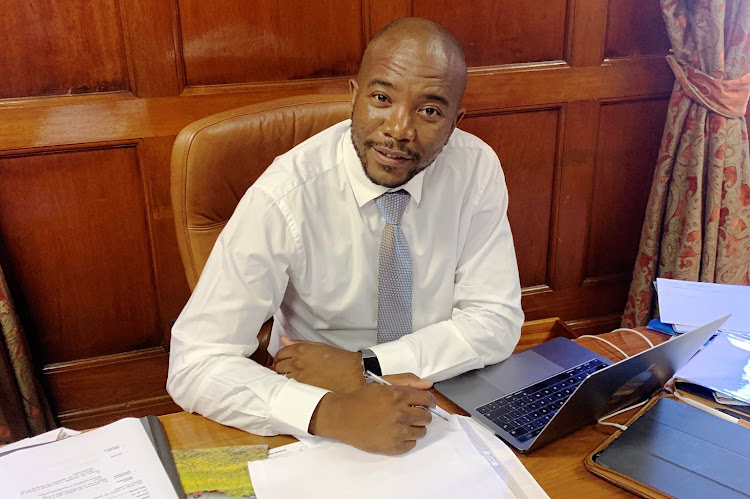 One SA leader Mmusi Maimane said the ANC had promising plans but a lack of execution meant people were being let down. File photo.
Image: TWITTER/ MMUSI MAIMANE

One SA Movement leader Mmusi Maimane has revealed that before he joined the DA, his political career started with the ANC.

Speaking on Kaya FM on Thursday, Maimane shared that in the beginning, he agreed with the ANC’s vision for equality, however, his decision to move to the opposition party was motivated by the ruling party’s inability to deliver.

“I started off in the ANC. Those were our politics whether you accepted it or not. That’s what you grew up with. We all thought we could work in this ANC thing to try and advance what was going on [during the apartheid era] ,” said Maimane.

He said the ANC had promising plans but a lack of execution meant people were being let down.

LISTEN | ‘Take time to know your candidates’: IEC urges voters to get informed

The deputy chief electoral officer at the Electoral Commission of SA (IEC), Mawethu Mosery, is urging voters to educate themselves on how to identify ...
Politics
1 month ago

“I realised that in the black, green and gold side there was just chaos. To be honest, no-one could tell us what the country was going through or where it was going.”

During his tenure in the DA, he ruled against going into a coalition with the ANC.

Earlier this year, Maimane said the DA opening the door to a coalition with the ANC was “an admission of defeat” and “recognition that they can’t grow”.

This after the Sunday Times reported that DA leader John Steenhuisen said he was open to a possible coalition with the ANC should there be a stalemate in the 2024 elections, but only if President Cyril Ramaphosa is still its leader.

“Today the DA is saying they are open to a coalition with some factions of the ANC as long as Ramaphosa is the president. They are officially out of opposition and are now themselves a faction of the ANC. It’s an admission of defeat. A recognition that they can’t grow,” said Maimane.

This week Business Day reported there were talks of a possible coalition between the ANC and certain parties, while a DA insider said the party has to consider what is best for the country, even if it meant working with the governing party.

“The DA and ANC working together may be in the best interest of SA,” said the DA insider.