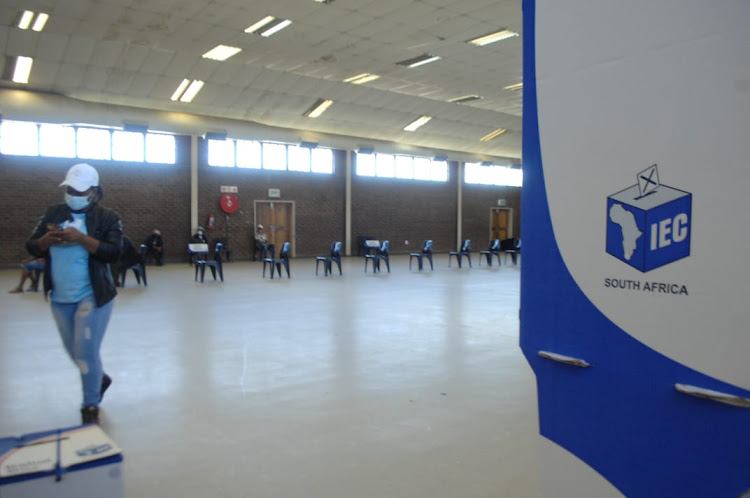 A voting station in Kagisanong in Mangaung was empty for the better part of Monday as voters seemed unbothered by the local government elections.
Image: Ziphozonke Lushaba

“I have voted all my life, but not now. I am tired of all the stealing of public money while we suffer.”

This was the view of 85-year-old Granny Selebano from Bochabela township outside Bloemfontein, Free State, where many were going about their personal business on Monday morning and were not interested in the local government elections.

One common feature during apartheid and the democratic dispensation is the street has been a dirt road for 50 years.

The retiree said theirs was not a new struggle and voting had not yielded any change.

“What you see is nothing. Come here when it is raining and you cannot move at all,” she said.

“During my working days, I used to have to walk barefoot through this street when it  rained, right from my door until the tar road, where I would have to clean my feet and wear my shoes.

“Until this day the struggle is the same. Those with cars have to park them elsewhere when it has rained. Ours is a lifetime cry for a tarred road.” 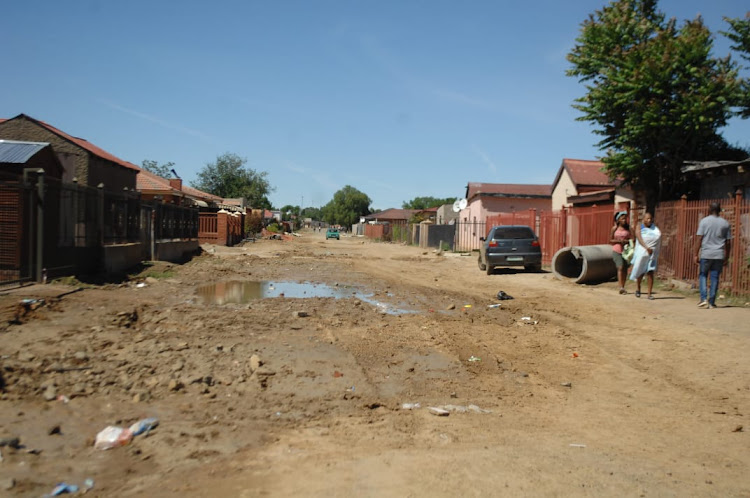 Residents of Mochochoko Street in Bochabela say they are tired of voting, only to be rewarded with a dirt road.
Image: Ziphozonke Lushaba

Selebano was not the only one unbothered by voting on Monday.

Many residents in Bochabela, Rocklands, Kagisanong and Phahameng were going about their business far from voting stations.

Community disgruntlement has nothing to do with the political and legal woes of suspended ANC secretary-general Ace Magashule, the former provincial strongman who controlled the affairs of the province for more than two decades.

This despite these elections being the first in which Magashule played no active role owing to his suspension from the ruling party.

At the centre of community grievances was poor service delivery, which saw people stay away from voting stations.

ANC national chairperson Gwede Mantashe has taken a dig at his successor Ace Magashule, suggesting that had he been schooled by the National Union of ...
Politics
1 month ago

While the young gathered in the many car wash businesses along Moshoeshoe Road that cuts through the townships, voter turnout was poor at nine voting stations in and around the same street.

There were more police officers, political party agents and Electoral Commission officials than voters at most times of the day.

Inside the voting halls, empty chairs were socially distanced instead of warm bodies.

Thabang Mokoena said people of Mangaung have had enough of poor service delivery.

“You see this mess you see on this road (Moshoeshoe), it has been under construction for 18 months,” he said.

“People cannot access their homes with cars because they started construction and left it like this. They are changing contractors time and again.

“The longer this project drags on, the more contractors and municipal officials loot so it comes as no surprise.”

Mokoena and Selebano also complained about the lack of refuse collection in Mangaung. 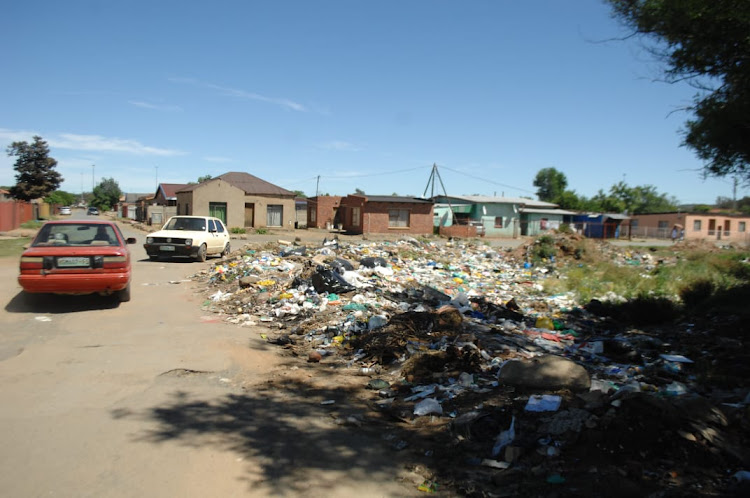 The backyard of the biggest public hospital in the Free State is a dumping site.
Image: Ziphozonke Lushaba

Seme Street, named after ANC founding president Pixley ka Isaka Seme, is characterised by huge potholes like most access roads in Mangaung, and the area behind Pelonomi Tertiary Hospital has become a dumping site for the community.

The smell from the refuse goes straight into the hospital.

On the streets of townships in Bloemfontein, it was a rare occurrence to see loyalists clad in party colours, other than those at desks set up outside voting stations. At all nine stations TimeLIVE visited, these were ANC cadres.