'I am elated after voting': former president Kgalema Motlanthe 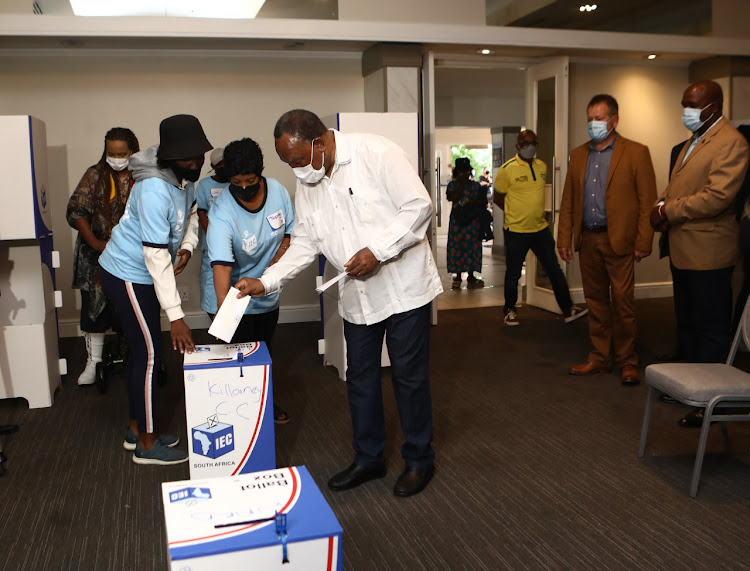 He was speaking after casting his vote in Killarney, Johannesburg.

“I am elated after voting. Voting is a civic duty and all of us should cast our vote, particularly when it comes to local government. It's a hybrid system, you vote for your ward and you vote for PR.

“So all South Africans really should be exercising this right,” said Motlanthe.

He said voting for a ward councillor meant one was voting for someone who could be held accountable.

“There is no reason, really, not to exercise this right, because if for whatever reason you may be disaffected or unhappy with the outgoing councillors, you have a right to choose the one you believe will give you proper services,” said Motlanthe.

He said after voting he hoped to see infrastructure maintained, fewer power cuts and potable water for everyone.

He said the day belonged to voters and the ANC had done its bit to persuade them to come out and vote.

“Before the day is out, everybody should have voted,” he said.

He said the outcome of the elections was important.

Former president, and head of the ANC's electoral committee Kgalema Motlanthe believes the ruling party is on a better path now than it was in 2017 - ...
Politics
1 month ago