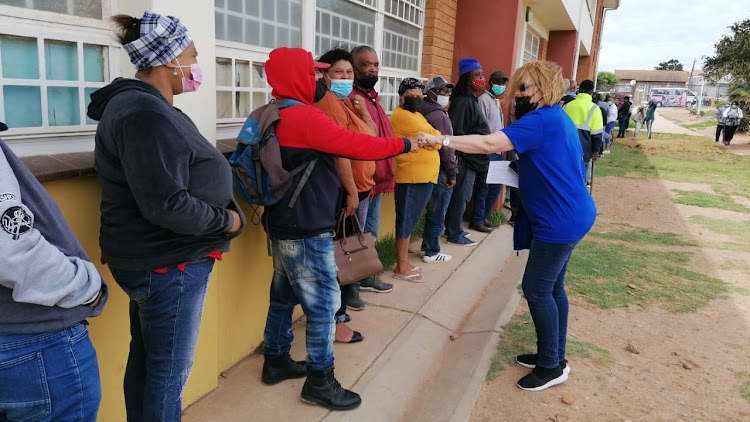 Police watchdog Ipid is investigating a case of assault against an Eastern Cape police officer who is accused of dragging DA federal council chair Helen Zille out of the Fernwood Park Primary School voting station in Bethelsdorp on Monday.

An internal police report indicated that Zille had opened a case of assault against the police after the incident.

“According to Zille, due to the long queue, she walked down the line asking people to wait,” the report read.

She further stated that when she got to the front of the queue, the ANC observers accused her of canvassing.

The internal report continues that Zille claimed an officer “instructed her to leave the premises and threatened to arrest her and put her in the back of a police vehicle”.

Zille was “frogmarched” out of the station, and has accused the officer of twisting her arm and pushing her.

“The cellphone that her colleague was using to film the incident was allegedly taken by the officer,” the report states.

Zille opened a case of assault at the Bethelsdorp police station.

“The case was brought to our attention [and] allocated an investigator who is trying to get hold of Mrs Helen Zille. Unfortunately, the investigator did not succeed,” Langa said, adding that they hoped they would be able to do so by the end of the day.

“It is also reported that one individual in this incident was taking a video and police took the video away from this person, and it was later returned. This person has also opened a case of theft against those police officers,” said Langa.

In a later update, Langa said that Zille was talking to people around the voting station, and someone “decided to report her to the presiding officer, alleging that she was campaigning at the centre”.

“The presiding officer allegedly requested that she should stop and she should be removed from the area. That's when the police officers approached her and allegedly pushed her out, as well as taking her phone,” said Langa.

The phone belonged to Zille, but was being used by someone else to record the incident, according to information Ipid had received.

Ipid said it had still not been able to contact Zille to get her side of the story, but had left a message for her to contact the watchdog's investigating officer.

“Ipid will continue looking for Mrs Zille and other witnesses. We will investigate this case,” said Langa.

TimesLIVE has been trying to contact Zille. This story will be updated with her comments.