WATCH | ‘I will die ANC, no matter the difficulties’: David Mabuza 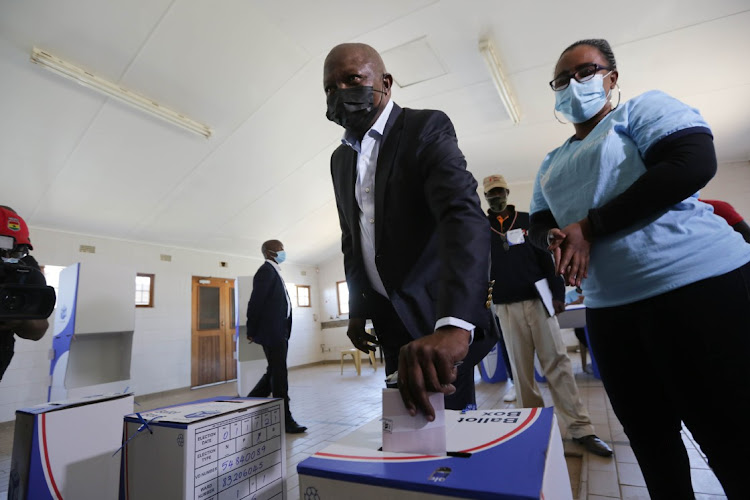 “I voted the ANC. I will die in the ANC”, deputy president David Mabuza said after casting his vote in Barberton, Mpumalanga, on Monday.

Mabuza voted at Ajuri Farm not far from his home. He said he has been voting at this polling this station for years.

“I voted the ANC. It’s my blood. I will die ANC no matter the difficulties. I’m prepared to die within this movement,” he  said.

The deputy president said the ability to exercise the right to vote was an achievement that must not be taken for granted.

“It’s always nice to vote, given the process we come from. It’s a good feeling to vote. It’s an achievement the country has made. Our democracy is maturing and it feels good to be in a democratic environment.”

However, he believes the issues in the area will soon be resolved.

“The situation in the ANC is going to improve. All the disputes that were there before we were campaigning for this day, I think we have explained to the voters.

“We have put across our message that we are going to deal with all these disputes immediately after this day.”

Deputy President David Mabuza has arrived at Ajuri Farm where he will be casting his vote. pic.twitter.com/RC4yq0RjnM