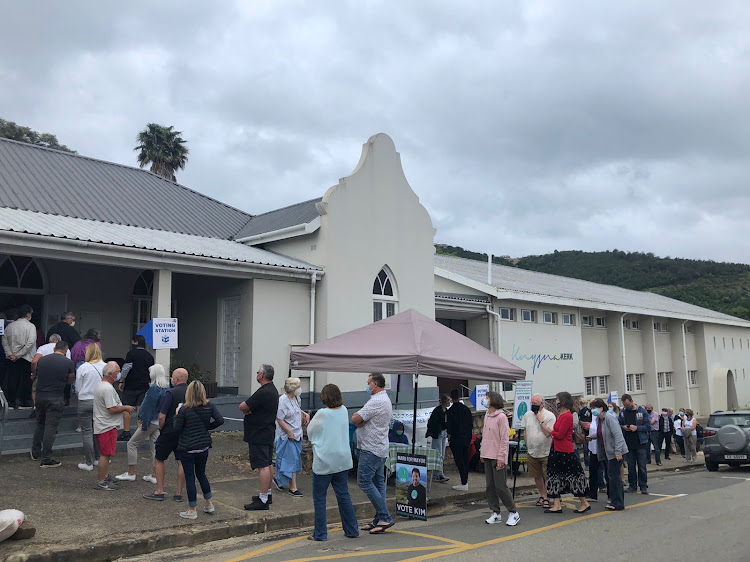 Chilly weather did not stop eager voters on the Garden Route on Monday morning.

At the Dutch Reformed Church in Knysna a long line of voters waited after one of the devices used for voting was hit with glitches.

Local Government Elections 2021 | All the latest

IEC presiding officer Freddy Jafta said: “There is a problem with the VMD device that is causing the bottleneck here, however, all is going well and we are letting the elderly vote first.”

At the Knysna municipal hall, Laura Dubazane, 21, said she had felt nervous about making her mark.

“It was nerve-racking casting my second vote. I hope my vote makes a difference,” she said.

At Murray High School in In Plettenberg Bay, voters came out in large numbers.

The most common reason for voting was to get rid of unemployment.

A man, who declined to be named, said he wanted to see nepotism ending in the Expanded Public Works Programme.

“Here in Bitou, the same people are getting jobs,” he said.

Another, who identified himself as “Ta Fayer”, said he would like to see the youth employed too.