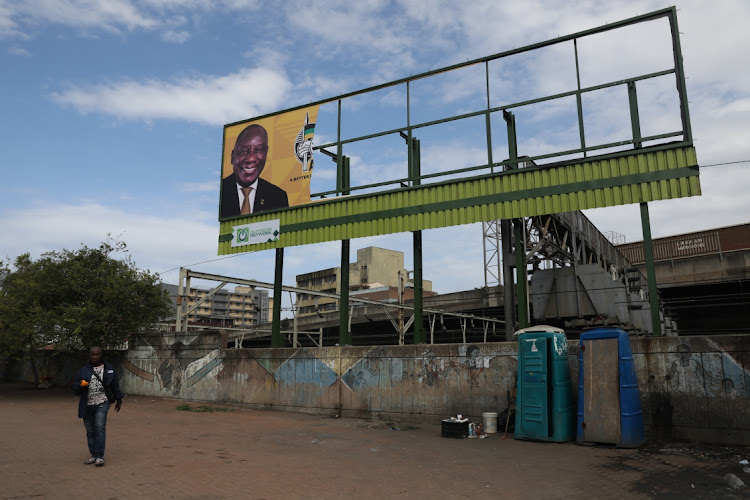 A report by the CSIR shows that the ANC is winning outright in only two metros, Buffalo City and Mangaung.
Image: Sandile Ndlovu

The Council for Scientific and Industrial Research (CSIR) is predicting a poor election performance by the ANC in most major metros.

A report by the CSIR into metros around the country shows the ANC is winning outright in two metros only, Buffalo City and Mangaung.

In Gauteng, the ANC is failing to claw back its power in all three metros. The report shows the party getting 36.1% on the proportional representation (PR) ballot in Johannesburg.

If the predictions by the CSIR come through, it means the top three metros in Gauteng will again be governed by coalitions.

The second-biggest party, the DA, which runs Tshwane via a coalition, has also failed to get an outright majority in the three metros.

In Tshwane, the CSIR places the DA at 34.6%, making  it the biggest party in the metro.

The CSIR places the EFF as the third-biggest party in Gauteng. The party is at 12% in Johannesburg, 11.3% in Ekurhuleni and 11.9% in Tshwane.

In eThekwini, the ANC drops to 42.2%, meaning it will need a coalition partner to govern.

The DA, according to the CSIR, becomes the biggest party in Nelson Mandela Bay at 43.9%, meaning the party may again lead the municipality via a coalition.

In Cape Town, the report shows, the DA wins the municipality outright with 54.4% while the ANC only gets 20% of the vote.

The nation went to the polls on Monday and, from reports on the ground, there was little disruption. Voting for the most part was relatively peaceful.
News
1 month ago