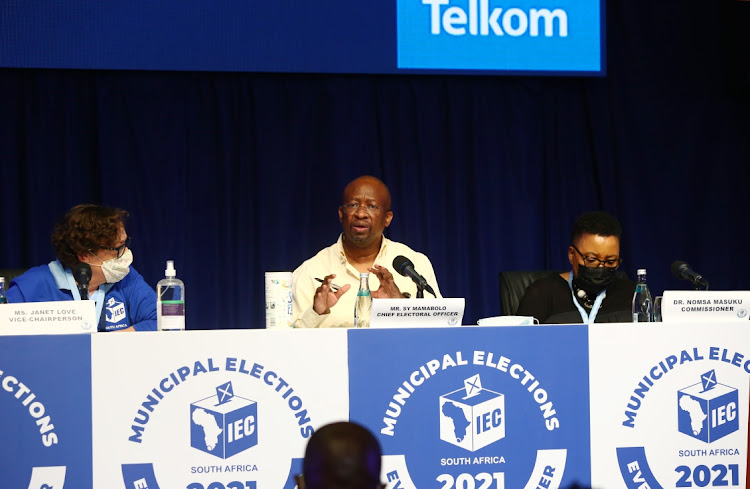 The IEC has reached an agreement with Eskom to hold back on load-shedding in areas where election results centres are situated.

This was revealed by IEC boss Sy Mamabolo during a press briefing at the national results centre in Tshwane on Tuesday night.

The electoral commission will be hoping that their agreement with Eskom will debunk claims by EFF leader Julius Malema that load-shedding was meant to enable vote-rigging in favour of the ANC.

Mamabolo said IEC and Eskom managers had met to discuss how load-shedding had affected IEC work.

“Load-shedding is always a concern, to the extent that it affects our ability to do things fast,” said Mamabolo. “We have been in discussions with officials of Eskom and in those discussions we sought an insulation of certain sites where our operations are continuing.”

During the same briefing, the IEC also sought to deal with reports that some people were turned away from voting stations on election day as their names did not appear on the voters' roll despite them being registered.

IEC commissioner Mosotho Moepya said the commission cannot be held accountable for people who did not vote. According to him, the IEC was responsible only for voters who turned up at voting stations and completed the voting process.

“We now accept that where someone has evidence on the numbers presented, there are processes that are followed to deal with such things,” said Moepya. “We are not going to account for people who have not come but we will account for those who have come so that there is no doubt that we are trying to process voters who are registered elsewhere or not on the voters' roll.”

The IEC also reported that it had completed counting 65% of the votes by 7.30pm on Tuesday.

Northern province was leading at 89% of its results completed, followed by Western Cape at 72%. The Eastern Cape was third at 70%.

The counting in the rest of the provinces was hovering between 37% and 67%, said Mamabolo, who added that the IEC was confident it would reach its intended 90% of votes counted by midnight on Tuesday.

Load-shedding is back: Eskom to implement stage 2 rotational power cuts from 4pm

Eskom has announced it will implement stage 2 load-shedding from 4pm on Tuesday until 5am on Wednesday.
News
3 weeks ago