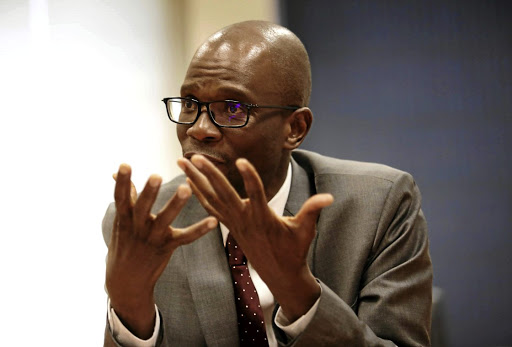 While it has been a tradition since 1994 for the deputy minister of finance to chair the PIC, it was not the case for Masondo, who has been deputy finance minister since May 2019.

His appointment is not a complete surprise as the Public Investment Corporation Amendment, which President Cyril Ramaphosa signed into law earlier this year, provides for a deputy finance minister or any other deputy minister in the economic cluster to chair the PIC board.

The government's motivation was that the PIC is the largest financial investment fund on the continent and has a huge transformation role to play in the economy.

Before, the finance minister appointed the PIC board at his or her discretion, but now the board appointment has to go through the cabinet. Economist Khaya Sithole described the appointment of the new PIC board, the third board appointed under Ramaphosa’s leadership, as an important moment in the recent history of the corporation.

The public protector has cleared finance deputy minister David Masondo of any wrongdoing after a complaint that he abused state resources to settle a ...
News
1 month ago

Sithole said who leads the PIC to strengthen its governance was the critical talking point about the amendment bill.

“What the act did was to sort of crystallise who the identity of that person is, and now, anyone from the finance cluster can chair the PIC.

“That is at odds with what the Mpati Commission had in mind. It wanted to depoliticise the governance system, but the PIC Amendment Bill entrenched the politicisation of it all and that is how we ended up with David Masondo being appointed today as the chair of the PIC,” said Sithole.

He said it was unfortunate that the PIC was stuck with a model that says a politician should be seconded there to become its chair.

He did not think this would deal with recent issues where the entity was allegedly used as an instrument of political contestation by different factions.

“Obviously, I think that the rest of the board is quite balanced in terms of the skills set that they wanted to be able to put together.

“It will probably be a bit stronger board than what we saw, particularly in the days of Mondli Gungubele, but the litmus test is going to be how do they act when the inevitable political tensions creep in, with politicians sending their proxies to try to lobby for funding from the PIC, and the strength and integrity of that board will be tested at that point,” he said.

Cosatu were the big supporters of the new system. The labour federation worked closely with the standing committee on finance during the drafting of the bill.

“The amendment act was critical, as the existing law gave the minister power in appointing the PIC board, as well as to issue any instruction to it.”

The new bill provides for the first time for the appointment of three representatives selected by organised labour in the Public Service Collective Bargaining Council to ensure workers have oversight and a say in how their funds are invested.

The law also compels the PIC to receive a mandate from its depositors on how their funds are invested.