It was bound to happen: Ramaphosa on ANC electoral misfortunes

Corruption, factionalism and internal squabbles 'like there is no tomorrow' were a turn-off for voters, Ramaphosa said at a 'thank you' rally on Monday 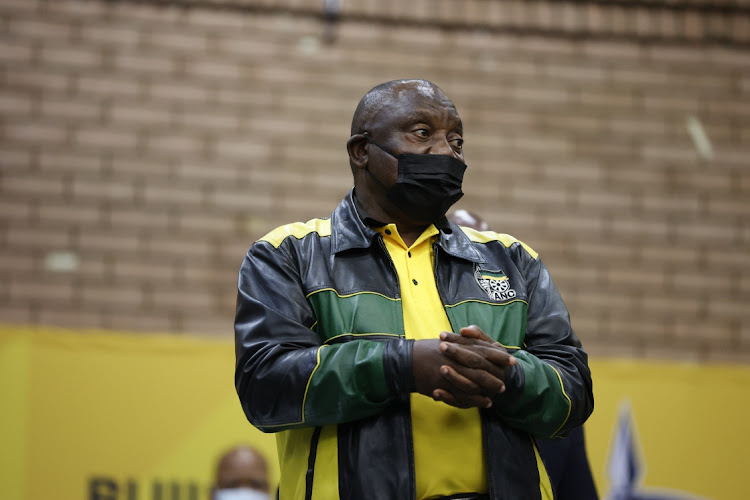 ANC president Cyril Ramaphosa during a "thank you" event held at the University of Johannesburg's Soweto Campus.
Image: Thulani Mbele

ANC president Cyril Ramaphosa said on Monday that the ANC’s plummeting voter support — to less than 50% for the first time since 1994 — was not unexpected given its internal problems and those of its government.

Ramaphosa was addressing ANC volunteers at a “thank you” rally held at the University of Johannesburg's Soweto Campus.

ANC internal squabbles, corruption,  factionalism and the dismal performance of ANC-run municipalities pushed voters away from the party.

However, Ramaphosa said, the party was confident that it was not all doom and gloom because millions of voters chose to stay away instead of giving their votes to other parties.

This was a wake-up call to the ANC to get its house in order before it was too late.

The ANC's national working committee is due to hold an extended meeting on Friday afternoon to dissect the party's poor performance in this week's ...
Politics
3 weeks ago

“People raised the issues of disunity and factionalism within our own ranks,” said Ramaphosa to thunderous applause.

“They said this is what is eating the ANC away. We fight continuously as if there is no tomorrow. We are not united at leadership level where we fight to the death.

“Sometimes this leads to people dying in our branch meetings and conferences and this is what our people see and they say this is a disunited organisation, why should I support it,” he went on

“These are the issues that have had a significant impact of voters’ attitudes towards the organisation.”

It was ANC’s own internal shenanigans that end up affecting its ability to lead properly in government. And voters have had enough of being the collateral damage of the ANC’s internal problems spilling over to government.

“What is most crucial is the link that our people form between the state of affairs in the ANC and our performance in government at all levels. They look at us and say if this is what is happening at their organisation it speaks for itself that even in government they will not perform well.

“And in many cases, yes, factionalism and our internal fights has an impact on our governance capability because we fight like there is no tomorrow and we forget that we are there to serve the people of SA.”

The EFF is not fazed by not winning municipalities outright: as long as the ANC stands at less than 50% in some municipalities, it is mission ...
Politics
3 weeks ago

It was for the declining confidence in the ANC that the party would bring about a new cadre with all those who will be deployed as its mayors and councillors across all municipalities that it has won.

Chief among the change in approach will be the interview process for those ANC members who will stand as mayors.

They should be free of charges of corruption, must be qualified and have an understanding of the workings of local government and possess basic economic skills.

But above all, all ANC deployees at local government, including councillors, will have to sign “deployment contracts” with clear stipulations of what is expected of them in public office.

“From the moment that they are elected, to the day they leave office, we expect our councillors to demonstrate that the ANC is committed and able to respond to people’s daily concerns and needs.”