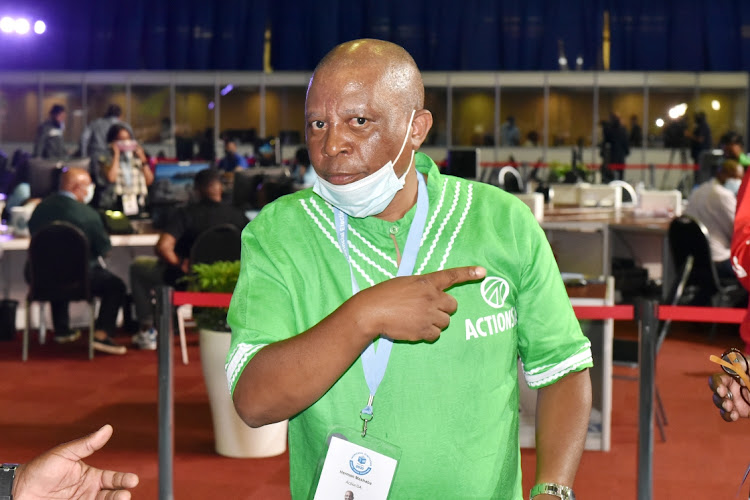 ActionSA president Herman Mashaba’s bid to make a comeback as City of Johannesburg mayor received a major boost on Friday after most possible coalition partners endorsed him.

This comes after a meeting of political leaders from the DA, ActionSA, Freedom Front Plus (FF+), ACDP, UDM and Cope held in Johannesburg on Friday.

His future as mayor is dependent on the DA, which is said to have agreed to reconsider its stance against handing Mashaba the mayoral chains.

On Friday afternoon, FF+ chief whip Corné Mulder said most parties had agreed to give Mashaba the position in Johannesburg.

Reacting to the claims, Mashaba wrote: “It is sad and dangerous when a human being reaches a stage where they are unable to distinguish between the ...
Politics
2 weeks ago

Mashaba was Johannesburg mayor under the DA from 2016 until 2019, when he resigned from his job and the party over the return of Helen Zille as chairperson of the federal council.

He later formed ActionSA, which became the third biggest party in Johannesburg after this month’s local government elections.

“In Johannesburg the parties will attempt to keep the ANC out and form a minority government. The majority of parties present agreed to support the mayoral candidate of ActionSA. Consensus was thus not yet reached on Johannesburg.

After Friday’s meeting, the parties also agreed to support the DA to retain Tshwane under the leadership of current mayor Randall Williams.

“As far as the Tshwane metro is concerned the parties agreed to form a coalition government and support the mayoral candidate of the DA,” said Mulder.

He said discussions between parties were constructive and the parties agreed that in the interest of the future of SA, it was important to form stable governments which are serious about service delivery and arresting the decay of local government.

“Further discussions between parties will continue over the weekend to finalise and conclude the way forward. The political parties expressed their appreciation to residents of these metros for their patience in the midst of finalising these complex negotiations.

“The media are requested to afford the political parties concerned the space required to finalise these discussions and communicate the outcomes of such before councils convene,” said Mulder.

The same comments were repeated in a joint statement released on the ActionSA website on Friday.