‘We don’t know him’: DA throws shade at Herman Mashaba 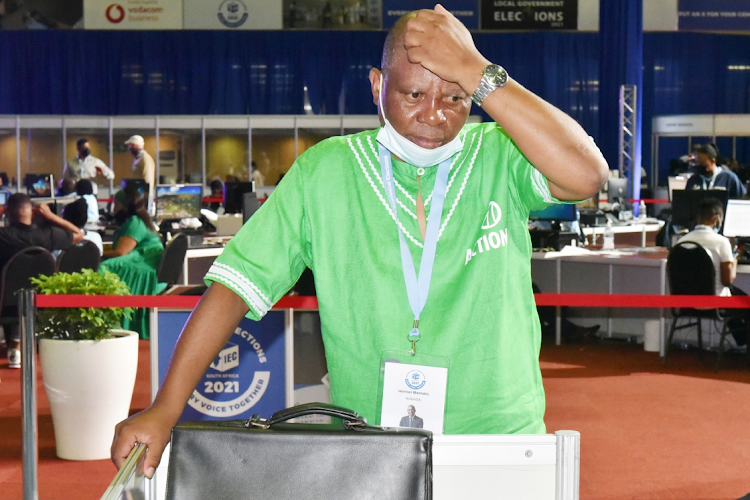 The DA has taken a jab at ActionSA leader Herman Mashaba, suggesting they “don’t know him”.

After its Johannesburg mayoral candidate announcement over the weekend, many online asked why Mashaba was not being considered for mayor of the city in a coalition deal with other opposition parties.

The DA responded, taking a swipe at its former mayor with a viral video.

“Asimazi no mazi uNono [we don’t know him],” the party said.

The jab comes after the party rejected a proposed deal by opposition parties that would have seen Mashaba given the mayoral chain again.

The DA will instead nominate its own mayoral candidate, Mpho Phalatse.

Speaking to Sunday Times about the decision, Mashaba said he was left shocked by the move and accused the DA of dishonesty during coalition talks.

“We can’t work with dishonest people. I have said many times I will not work with people who double-cross me,” said Mashaba.

“I take it as a direct double-cross. I will not work with people who can openly double-cross you. I feel double-crossed by the DA — and [if] you double-cross Herman Mashaba, that’s when you will see his brutality.”

However, DA federal council chair Helen Zille denied the accusations. In lengthy statement, Zille accused Mashaba of wanting to rope in the EFF, despite its rejection in the coalition talks by the DA.

“Mashaba’s plan to become mayor of Johannesburg proposes that he be at the helm of a minority coalition that cannot govern without the EFF. We have been through that movie before in the difficult (often traumatic) years since 2016. We said we would not repeat it.

“We have never misled him nor given a contrary indication. He has not been double-crossed.”

In response to Zille’s statement, Mashaba said she was a “habitual liar” who will “always remain a habitual liar”.

Habitual liar always remain a Habitual Liar. @helenzille forgets that she was not alone in the meeting https://t.co/hd1XKIFYGQ