WATCH | ‘Our people did not reject us’: Duarte tells ANC supporters after bruising Gauteng defeat 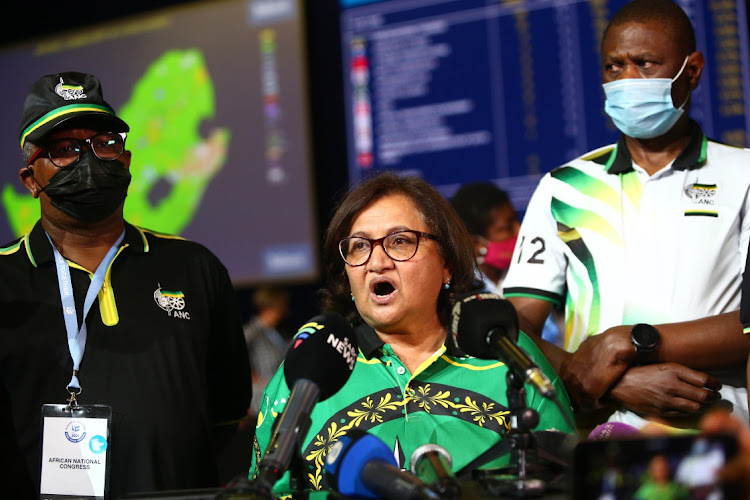 ANC deputy secretary-general Jessie Duarte has called on party members and supporters to “have courage” and “be strong” after suffering a bruising loss in Gauteng’s metros this week.

The ANC lost control in the City of Johannesburg, Ekurhuleni and Tshwane after ActionSA and the EFF teamed up with other opposition parties to vote for DA candidates.

"If there's any punishment is by our voters who did not come out in numbers to vote," Mbalula said.
Politics
7 months ago

In her address, Duarte said the ANC was “betrayed” by people who claimed to vote for the party.

“We may have lost a lot of what we worked very hard for, but we have not lost the battle to transform the lives of our people. Most of the wards in our communities are still under an ANC ward councillor and this is what we must remember,” said Duarte

“Our people did not reject us as the DA, EFF and others would wish to make us believe. What we need to do is take two steps backwards to review what we need to do and make sure no single municipality in this country will undermine the lives of our people.”

She called on ANC members to ensure that not only the rich and privileged are taken care of.

ANC president Cyril Ramaphosa said the defeats suffered by the party were disappointing.

Speaking during the state visit by Kenyan president Uhuru Kenyatta on Tuesday, Ramaphosa said the developments in councils across the province were an indication the country’s democracy was fast maturing.

“What is unfolding is how democracy works. These are the footsteps of democracy and we have seen it play out throughout the country.  And indeed, as the president of the governing party, it is disappointing for the ANC, but that is how we should accept the clear message of our people,' said Ramaphosa.

He said the developments were a big setback and a lesson, but urged elected leaders to prioritise stability in local government.

“As the president of the republic, I would like to see stability in our local government sector, that whatever coalitions are being formed will result in stable local government.

“I will call on those who have emerged victorious to ensure that there is a stable government,” he said.