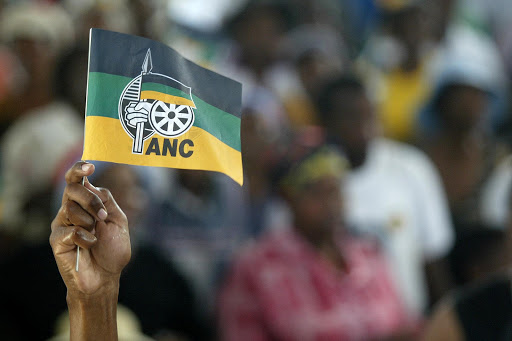 Of the 710 ANC branches across the province, only 390 are in good standing, while the party needs 497 clean branches to earn a right to go to conference.
Image: PHILLIP NOTHNAGEL

The party was initially scheduled to host its much anticipated provincial elective conference between December 13 and 15 but has since postponed it to March 25 and 27 next year.

This is because a number of outstanding regional conferences first need to be held before the provincial conference, or for the provincial party to have reached a threshold of 70% of branches in good standing, a feat which seems a pipe dream.

If the party had to hold its elective conference tomorrow, it could not do so as many of its branches have yet to meet basic requirements to be declared in good standing.

This was according to a confidential party report tabled during a special PEC meeting in East London on Monday.

ANC OR Tambo elective conference postponed to next weekend

The much-awaited ANC OR Tambo regional elective conference, which was scheduled to take place at the weekend, has been postponed to next weekend.
Politics
1 month ago

The report, first tabled before the party’s top six provincial ANC bosses by provincial secretary Lulama Ngcukayitobi on December 2, reveals that the party was short of more than 150 branches for it to reach the required minimum 70% threshold to go to conference.

Of the 710 party branches across the province, the report shows, only 390 are in good standing, while the party needs 497 clean branches to earn a right to go to conference.

These are meetings to elect leaders at ward level and branch delegates to conferences.

The report shows that 209 branches in the province have fewer than a hundred members, based on November 30 audits.

Of the 50 branches in the Dr WB Rubusana region in Buffalo City Metro, the report shows, only one is in complete good standing.

Since 2019, the province has been planning to convene elective regional conferences, initially for three of its regions, the OR Tambo, Nelson Mandela and Joe Gqabi regions led by task teams.

“The impediments were first the introduction of the new membership system which required all members to be registered accordingly for a right to participate in organisational activities,” states the report.

“The delay was further compounded by the advent of Covid-19 in 2020.

“Through that period, two more regions, the Alfred Nzo and Amathole, had their terms lapsing and also had to be included in the programme for regional conferences.”

Mike Basopu to return to politics as ANC MP

Former Bhisho legislature ANC MPL and former COPE leader in the province, Dr Mike Basopu, is to return to parliamentary politics as an ANC MP.
Politics
1 month ago

The OR Tambo and Joe Gqabi regions were meant to host their conferences last weekend, but they were postponed at the 11th hour.

According to the report, the conferences this past weekend had to be postponed to this coming weekend, as several appeals were lodged by branches to the national office. These appeals were yet to be addressed.

Numerous attempts to get comment from Ngcukayitobi or PEC spokesperson Loyiso Magqashela proved fruitless on Wednesday.

According to a revised road map, the Dr WB Rubusana and Sarah Baartman regions will hold their elective conferences between March 10 and 12, Chris Hani between March 18 and 20, while the provincial conference is now scheduled for March 25 to 27.