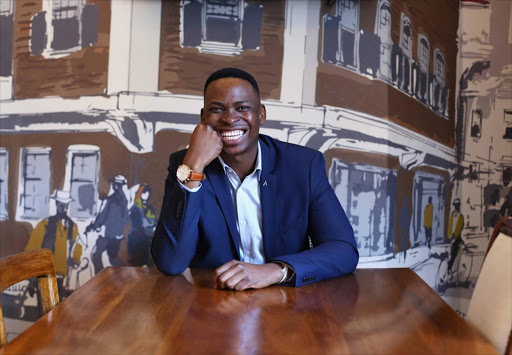 Former Midvaal mayor Bongani Baloyi has dismissed claims he is retiring from politics after leaving the DA.

Baloyi announced his departure from the party on Monday, saying he was leaving of his “own agency, not because I am being purged or any nonsense like that”.

DA federal executive council chair Helen Zille took to social media after the announcement to say Baloyi had retired from politics “to pursue other opportunities”.

“Stop your deliberately tendentious misinterpretation,” said Zille in response to a tweet mentioning Baloyi as the latest black leader to exit the party.

In a now-deleted tweet, eNCA also reported that Baloyi had resigned from politics.

In response, he said: “No guys. I never said I am retiring from politics.”

No guys. I never said I am retiring from politics. https://t.co/GF1xD6BeIM

Baloyi said he left on his own terms, “with a clean track record in government and the party”.

“Now it’s time for me to focus on exciting opportunities before me. Good luck to the friends, colleagues and leadership of the DA. We will meet somewhere,” he added.

The DA confirmed Baloyi's resignation and commended his leadership in the Midvaal municipality.

“The DA leadership has received Bongani Baloyi’s resignation this morning. Bongani has served the DA and the people of Midvaal Municipality excellently over the years. He became the country’s youngest mayor at the age of 26 back in 2013.

“Since then, he demonstrated the DA’s commitment to clean and efficient government that serves people as its top priority. We have noted that Bongani is pursuing other opportunities after a decade-long career in politics. We wish him well and throw our support fully behind him,” said the party.

It seems Nkandla won't be the only venue for a political tea party in 2022.
Politics
1 month ago