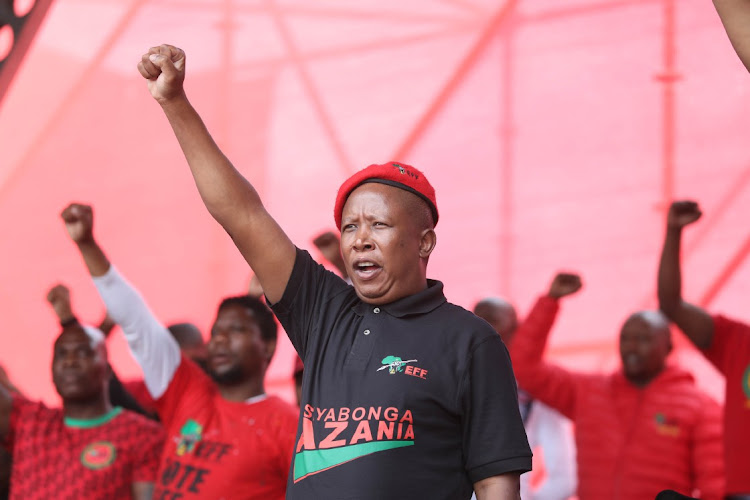 The EFF sparked debate on social media this week when they announced a siyabonga rally on January 8, the same day as the ANC's birthday celebrations.

The ANC's January 8 rally is the first prominent event on the political calendar of the year, with the president's address often setting the tone for several other speeches and decisions over the course of the following months. It will be even more significant in 2022 as the fractured party prepares for its elective conference, likely to be at the end of the year.

But EFF members will have their own celebrations on that day, with the party announcing a rally to thank voters in KwaZulu-Natal for their support in the November 2021 local government elections.

“The EFF will hold a KZN siyabonga rally to thank the ground forces of the EFF and the people of KZN for voting for the EFF in the 2021 LGE. The electoral growth seen in KZN in the past local government elections can’t go unthanked. Siyabonga,” the party said.

It follows a similar rally in Thembisa, Gauteng last month.

The EFF in Buffalo City Metro might resort to closing down the Voortrekker/R102 road if authorities drag their feet in fixing giant potholes which ...
News
4 weeks ago

The rally being scheduled for the same day as the ANC's annual celebrations was not lost on many, who flooded Twitter in reaction.

While some applauded the “spicy” decision, others said it was “immature”.

But Y did you choose that date,you know Bo January 8 statement are celebrating 110 years Mose, Wena You like to choose voyolece

Who is seeking attention?

🤣🤣🤣... I see what you did there pic.twitter.com/AtKRZ3TYmK