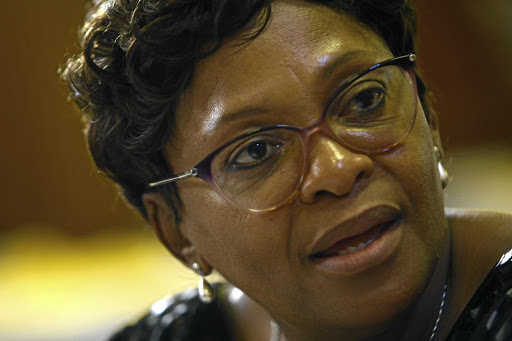 The ANC will be frugal in its spending for the January 8th celebrations as the party cannot be seen to be overspending when it has been struggling to pay its workers.

This is according to the party’s head of organising, Nomvula Mokonyane. She was addressing the media on the state of readiness ahead of the party’s 110th birthday celebration at Peter Mokaba Stadium in Polokwane on Saturday.

“Of course the ANC is going through serious challenges of the non-availability of resources, but we are doing everything with the little that we have and things are coming together,” she said.

ANC leaders are in Limpopo to rally support before the January 8 statement when President Cyril Ramaphosa is expected to give direction to ANC members and deployees on the party’s programme for 2022.

The number of attendees has been capped at 2,000 due to Covid-19 regulations. Last year the January 8 celebrations were cancelled due to Covid-19 and the 2021 anniversary rally was held virtually for the first time.

The ANC national executive committee will on Thursday meet to finalise the January 8 statement expected to be delivered by President Cyril Ramaphosa ...
Politics
3 weeks ago

Mokonyane expressed gratitude to the ANC employees, some of whom had not taken festive leave to ensure the event was a success, despite being unpaid.

“What we remain humbled about is that the team that’s working is not a team that is outsourced — it is still the ANC workers, who are not paid. It is still them volunteering, availing themselves to make sure that this event does take place and it becomes successful. And for that, those of us who are elected will remain indebted to them because they show that over and above being employees of the ANC, they have a political obligation and organisational responsibility to help rebuild the party.”

The party is organising the annual celebration without the support of the secretariat, with secretary-general Ace Magashule on suspension and his deputy, Jessie Duarte, having fallen ill.

The remaining national officials had been holding the fort, she said.

“We have been consulting with them. We are consistently in touch with the treasurer-general, who is holding the position of the deputy secretary-general while the DSG is recuperating. The two of them are in constant contact.

“The system is functioning because there are committed men and women who are taking the responsibility of making sure that things do happen in the organisation. The support structure is there and the elected officials are taking control of the situation.”

“We miss DSG and her dynamism and ability to make things happen. We wish her well and her own mind is actually in Limpopo but we have to take doctor’s orders.”